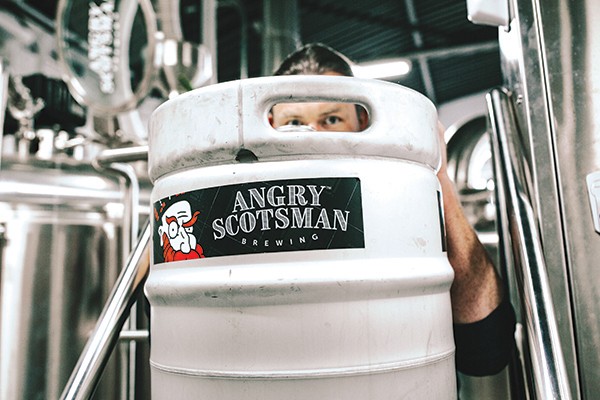 Film Row was once home to major Hollywood film studio offices like Paramount Pictures and Warner Bros., but it has since been reborn into a mix of artistic businesses, restaurants and, of course, breweries and taprooms. The district is bound between Main Street, California Avenue, Walker Avenue and Classen Boulevard.

Last October, alcohol in Oklahoma changed forever, with a change in laws taking us from Prohibition-era regulations to a modern age of freedom for local brewers. Breweries can now sell full-strength beers in supermarkets, keep them cold in liquor stores and allow underage guests in taprooms that can now also stay open until 2 a.m.

Many local breweries actually surround the district, but they still attract patrons who might go to Film Row for 21c Museum Hotel or The Jones Assembly.

Core4 will be in the historic Paramount Building, 701 W. Sheridan Ave., something co-founder Buck Buchanan said happened by pure luck. A friend told Buchanan that the Paramount had space available and things just “fell together” after that.

“It’s been right about a year that we started putting all this together,” Buchanan said. “We couldn’t ask for it to come together as well as it has.”

Buchanan is in a band with head brewer and co-founder Marty Simon, who often brewed beer for band practices. Eventually, more people began drinking it, so they thought they should take it to the next level. Buchanan, his head brewer and their wives make up the “Core 4.”

Core4 is currently in the build-out phase, and Buchanan hopes to be open by spring.

OK Cider Co. is in a similar situation and almost the same location at 705 W. Sheridan Ave. The cider brewery is also in the build-out phase, and co-founder Tim King hopes to be open by mid-to-late spring.

King and co-founder Luke Hadsall met in 2010 and started home brewing together. In 2012, King found out he was gluten-intolerant, so he moved away from beer and started drinking cider. He didn’t like most of them.

“About 2014, I started making my own cider, and it’s been moving towards doing this ever since,” he said. “On Luke’s 40th birthday, we were talking and he said he’d always wanted to start a brewery. I said, ‘You know, we can start a cidery; it’s a whole lot less expensive from startup costs.’”

So Hadsall made his first cider. He didn’t like it.

“He changed up the way he was doing things,” King said. “Since he was a brewer, he started making cider in the style of a beer. That’s where we got our tagline ‘Beer-Inspired Cider.’” 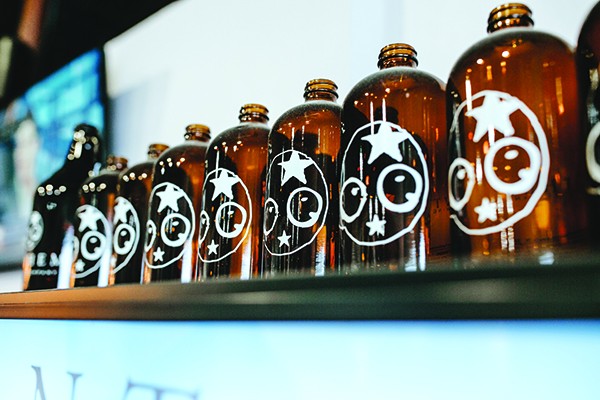 Typically, cider is fermented apple juice with either wine, champagne or cider yeast, but King and Hadsall use beer yeast to give the cider beer characteristics.

“A lot of times on cider, you get your flavor profile by mixing different types of apples. Instead of doing that, we’re using one single blend of juice and changing it up by the yeast we’re using,” King said.

Lively, who serves as board president for Craft Brewers Association of Oklahoma, started brewing professionally at COOP Ale Works before becoming president and head brewer of Anthem Brewing Company. But he wanted to start working for himself, and Lively Beerworks was the answer.

The building is currently under construction. The plan is to complete it in two phases, Lively said. The first phase is to get the production side set up within the next three to four months. The second phase is the taproom, which Lively said will probably open in the summer.

The three new breweries will join three already-established breweries serving the Film Row area. Lively said they are in a market that can support all breweries.

“The craft brewing culture in general in our country, not just our state, is very congenial,” he said. “It’s more of a brotherhood than it is a competition. Obviously, we compete, but it’s not a zero-sum game. I can succeed, and they can succeed too. We work to promote that, and from an economic standpoint, craft brewers nationwide hold about 12 percent of the beer market. That’s not very much. … There’s not a single brewery that’s holding a huge market share, so we’re all banding together just to grow the craft drinker share.”

Angry Scotsman had its first commercial beer hit the market in late 2017 but only opened up operations last October. Its building at 704 W. Reno Ave. is right around the corner from the Lively Beerworks location. It is still under construction, but more than half of the building is open to the public, owner Ross Harper said. The building currently houses a completely functional brewery station, a patio area and a taproom. Harper hopes to fully open by March.

“I’m super, super excited for what the future holds,” he said. “If you look at the west downtown area, we’ve got some really cool, old manufacturing spaces, some old brick warehouses. They’re really a blank space on the inside; that’s kind of why we fell in love with the building that we have. There’s so much potential.”

Despite being “less polished” than other areas, Harper describes the Film Row area and west downtown as the “final frontier” because going north, south and east doesn’t hold as many development opportunities.

Stonecloud is just north of Film Row in the historic Sunshine Building, 1012 NW First St., which was once home to laundry cleaners. The building was constructed in 1929 and sat vacant for 30 years after the cleaners closed in the 1980s. Owner Joel Irby, who opened the brewery in 2017, said the historic building helps sets Stonecloud apart from other breweries and businesses in the area.

“Having done the revitalization on the building, I think is really important to who our brewery is. I think we’re closely tied to the state,” he said. “I’m really, really excited about the area. … Its cool seeing what it was before we started renovating our building and what it’s kind of turning into.”

Despite some challenges in terms of location, Irby said he wouldn’t trade it for anything else.

“I really enjoy being in an area that still has a ways to go, just because it’s a little bit more exciting than moving into a spot where everyone’s already developed,” he said. “Obviously, it has its challenges, like people don’t just walk by our building and be like, ‘Oh, there’s a brewery here. Let’s have a beer.’ Anyone that comes to our brewery does so because they meant to. I’d love to have more foot traffic in the area.”

Anthem has occupied its building at 908 SW Fourth St. since 2012. It is the furthest brewery from Film Row in the area, standing about four blocks south of the district. But it still sees people make their way over before or after going out to Film Row, said Derek Duty, director of sales and marketing.

“With all this expansion, we’ll be more in the middle of things. We’re kind of a destination at this point, but a lot of people make the destination every day,” he said. “People kind of come and get a couple of beers before they go to dinner or before they go down to an event down there.” 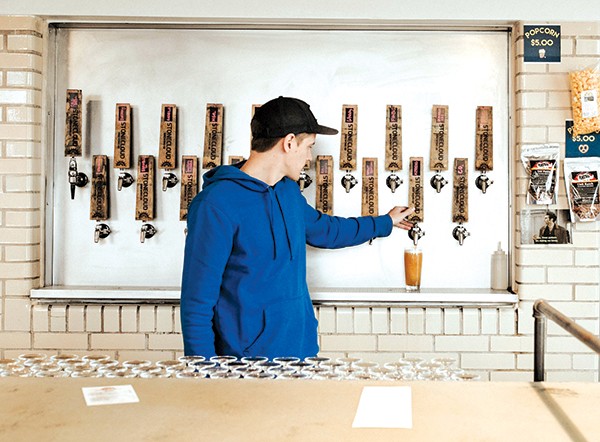 Oklahoma had the third-largest growth in the number of craft breweries during the past four years, according to Forbes. The state had a 39 percent increase, bringing it to one brewery for every 100,000 residents of legal age.

The Brewers Association currently lists 35 craft breweries in Oklahoma, 11 of which are in OKC. In 2014, there were only 10 in the entire state.

“People’s understanding and appreciation of craft beer as a product is totally different than it was long time ago. Now, it’s not just accepted; people go and hunt it out. I mean, thank God for us,” Duty said. “You start seeing more local stuff around town, people start to ask for it. It becomes a thing that when the consumer demands it, you supply it.”

Despite being in competition for similar crowds, brewers from each company say there is more than enough room for each brewery in the area to do what they do individually while working to succeed together.

“It’s clichéd, but the phrase applies here definitely: ‘The rising tide lifts all boats,’” Harper said. “It’s one thing to be an isolated brewery out there by yourself … but once you go from being a single brewery to being a brewery destination, people will go to you and maybe they’ll pub-crawl down to the next one. You start to get known in the region, and so followers from one start to look at another.”

Harper doesn’t see the other five breweries as taking business away from him; he sees all breweries as part of the community.

Because of all the breweries in the area and other developments taking place, Lively said Film Row has become a craft beer destination in Oklahoma that’s going to keep growing.

“That concentration of breweries in one district is going to provide a lot of synergy,” Lively said. “It’ll give the opportunity for people to do downtown brewery tours, to visit multiple breweries in one afternoon. I think it’s also going to encourage support businesses to pop up in that area, maybe a paid for brewery tour service where they drive you around. I think things like the bike bars and the pedicabs are going to start seeing more value in coming to the district because of the breweries.”

Film Row continues to grow, with business and residential developments brewing throughout. The district, already home to FlashBack RetroPub, recently welcomed a religious-themed bar named The Sanctuary Barsilica. Both are owned by Jose Rodriguez, who has recently teased a third Film Row bar on Twitter.