Brian Gorrell jazzes up The Depot 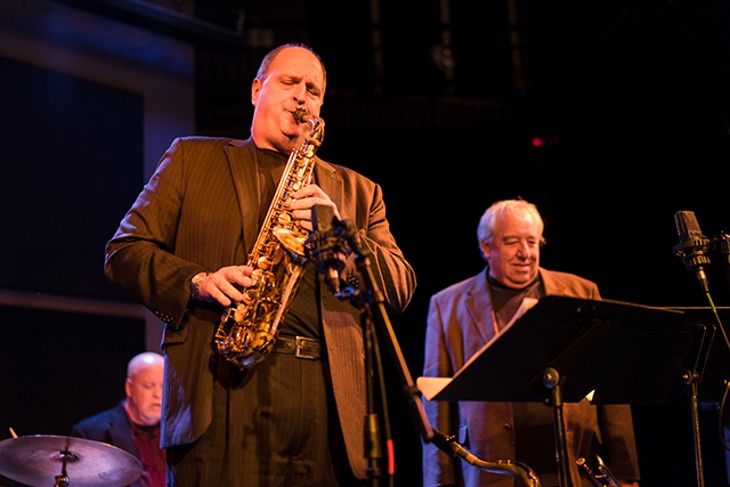 The booty-swaying sounds of Brian Gorrell & Jazz Company are hitting The Depot in Norman Sunday night.

The band is playing as part of the series Sunday Jazz at the Depot, which invites accomplished local and regional trios and quartets to the space on Sunday evenings. Previously featured groups include Kyle Reid and the Low Swingin’ Chariots, Sisters of Swing and University of Central Oklahoma (UCO) Jazz Studies faculty member Mitch Bell.

A mainstay in the metro since forming in 1995, Gorrell and Co. perform a variety of styles including traditional and mainstream jazz, fusion and Latin. While the quartet focuses on original compositions, it also plays material by composers like Billy Strayhorn, Michael Brecker, Victor Young, Marcus Miller and Pat Metheny.

“Norman is very responsive to Jazz Company’s music,” said Nancy McClellan, assistant to the director at The Depot. “We have a loyal audience that loves our bands, and we’re hoping to build off that. We’re looking for a good crowd.”

The Depot, built in 1909, originally served as Norman’s namesake passenger station and, after being renovated, was reopened in 2003 as a gallery and concert venue. Since the Sunday Jazz series began, the program has attracted top student and professional musicians to the space.

“We have amazing talent here,” said Gorrell. “I think people new to the Oklahoma City jazz scene might be surprised by that.”

This will be the fourth time Gorrell has played The Depot. The last time was two years ago with another group, Civilized Tribe, styled in a traditional New Orleans Dixie band. In addition to being the director of Jazz Studies at the University of Central Oklahoma Jazz Lab, Gorrell also manages Jazz Lab Recording Studios, teaches several music and music technology classes and is the graduate advisor for UCO’s Master of Music in Jazz Studies.

He has been working on a new mainstream jazz album set for a 2016 release and is involved in the creation of Jazz Lab Bricktown, a downtown riverside boathouse music venue built by UCO in partnership with Chesapeake and slated for a late spring opening.

Future acts include the Maurice Johnson Quartet on March 8 and the listener-friendly Larry Pierce Combo April 26.