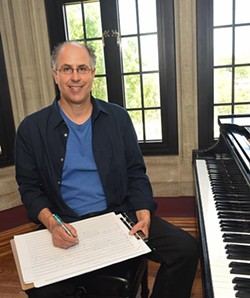 Often called the music of friends, chamber music is a versatile genre of music, and Oklahoma City’s chamber music bright spot, Brightmusic Chamber Ensemble, is among the best in the country, according to its artistic director Chad Burrow.

“It’s just great music,” said Burrow. “Whether you’re familiar with chamber music or not, whether you know much about classical music or not, it is just really good music. Brightmusic is as diverse a program and as high-quality a program as you’ll find anywhere in the country, including places like New York and Los Angeles.”

Chamber music got its name because originally, it was played by small groups of musicians that could be tucked into nooks of palace rooms and provide a pretty soundtrack to the daily lives of Renaissance and Medieval palace-dwellers. As it has evolved over the centuries, chamber music has proven to be adaptable, inclusive and fun.

Brightmusic has been around since 1993. Its artistic directors Chad Burrow and Amy I-Lin Cheng, who have been involved from the get-go, led a group of musicians through five concerts and a Spring Music Festival each season. 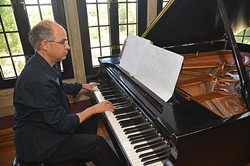 Brightmusic’s Fourth Annual Spring Music Festival, America, the Beautiful, includes four concerts held June 11-16. Concerts will take place at 7:30 p.m., with the exception of Sunday’s, which will be at 4 p.m. All are at St. Paul’s Cathedral, 127 NW Seventh St. Concerts are free for season ticket holders. Single-concert admission is $15; a four-concert festival pass is $45. Children and students with ID are admitted free.

The event showcases an all-American lineup and highlights the contributions that composers of the United States have made to chamber music. You’ll hear George Gershwin’s “Rhapsody in Blue”; Samuel Barber’s “Adagio for Strings,” which has been voted one of the saddest songs in history by a BBC poll; and composer John Corigliano’s “The Red Violin.”

Purchase passes online at brightmusic.org. Individual tickets or passes may also be purchased at the door with cash or check only.

Brightmusic, a nonprofit, is dedicated to presenting modern works for the chamber ensemble in addition to performing audience favorites from the Baroque, Classical and Romantic eras. The chamber also commissions and premieres works by living composers and brings world-renowned musicians to OKC to perform.

“From Sea to Shining Sea”

Note: Each concert will include multiple selections, with works spanning several centuries.