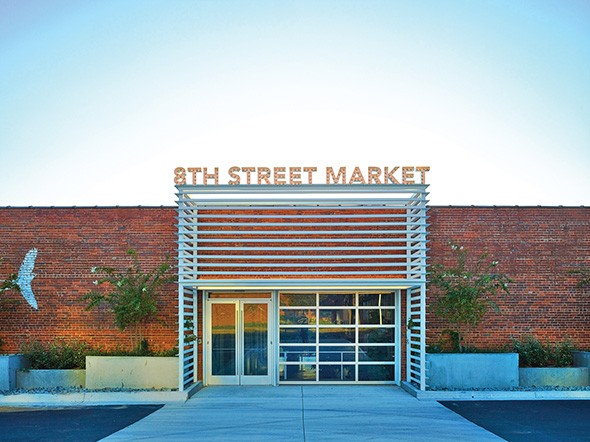 Making the community more user-friendly is part of what Urban Land Institute Oklahoma is celebrating with its fifth annual Impact Awards.

The Impact Awards honor projects that represent the best practices in land use and development. The awards are the headline event each year for ULI Oklahoma, which supports promoting and maintaining prospering communities through conscientious land use.

“Urban Land Institute Oklahoma’s mission is to provide leadership in the responsible use of land and in creating and sustaining thriving communities worldwide,” said Ashley Terry, event chair of the Impact Awards. “Each year, the Impact Awards allows our organization to honor the projects that are pioneering, creative and exemplary in their promotion of these goals.”

For example, last year’s winner in the Large Scale Rehabilitation and Restoration category went to the Page Woodson apartments, located in the historic former Douglass High School Building at 600 N. High Ave. Honoring rehabilitative projects of that nature is something that ULI Oklahoma is proud to do, said Mallory O’Neill, programs chair at ULI Oklahoma.

“Last year, we were able to honor Page Woodson as a large-scale rehabilitation and restoration, a building that had been part of the fabric of Oklahoma City for a long time, and repurposed and reused now as residential living when it used to be a former school,” O’Neill said. “Getting the opportunity to honor projects like that is pretty special and is something that’s not really happening anywhere else.”

Looking at a variety of land use projects statewide to gather a list of finalists falls to ULI Oklahoma’s Impact Awards selection committee.

Selecting the finalists for the awards is a multi-step process. First, there’s an open call for nominations that go to the selection committee, which narrows down the list.

“That committee actually goes around and tours each of these properties,” O’Neill said. “So they get a chance to hear from the developer, from the building manager, from the architect, from everybody that’s involved in that project.”

Once the committee finishes its firsthand look, the finalists are selected and announced. 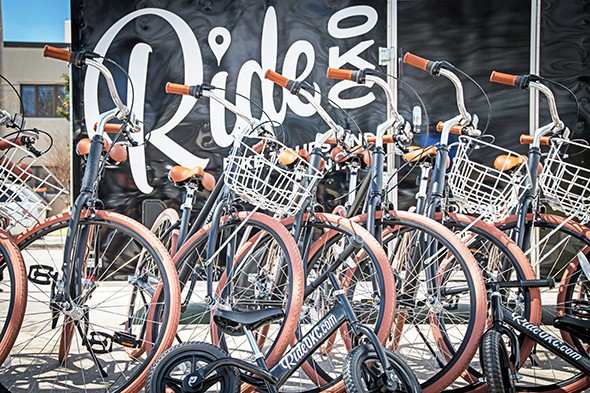 “ULI Oklahoma is thrilled to recognize these projects for their positive impact on our communities, by making them more resilient, more walkable and more inclusive. On Feb. 15, we’ll honor the people responsible for developing projects that make Oklahoma a better place to live,” ULI Oklahoma chairman Todd Glass said in a news release.

O’Neill said the hope of the organization, beyond honoring the efforts of those involved, is that the awards will serve in some ways as inspiration to other cities and districts.

“That’s what we really hope this awards [ceremony] does,” she said. “It highlights some really great practices, and it gives people the opportunity to see success stories and take that away and replicate it in their own community, if it’s smaller, if it’s bigger, whatever that looks like.”

Bringing individuals involved in a variety of projects together to meet both at the awards and as part of ULI Oklahoma in general can be part of spurring new development, O’Neill said.

“It’s definitely a big part of this conversation, being able to highlight these best practices and highlight these success stories,” O’Neill said. “It’s something that you can kind of use as a benchmark on development that you would be pursuing in the future.”

The event will be held at Tower Theatre, which was last year’s recipient of the Distinguished Merit Award.

This year’s Distinguished Merit Award reflects the growing reach of ULI Oklahoma as it expands to the Tulsa market. 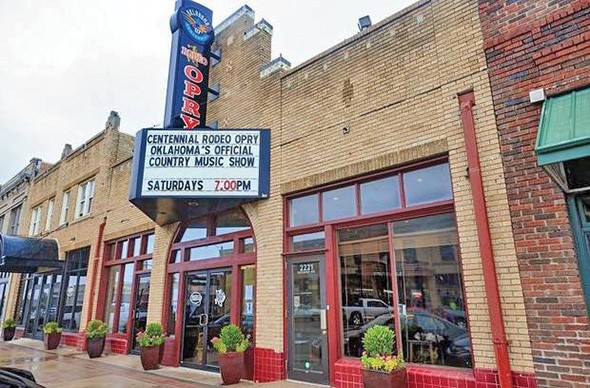 After being local to Oklahoma City for over a decade, ULI Oklahoma has recently expanded to Tulsa.

“We’ve been excited to support our counterparts in Tulsa as they get their start,” Terry said. “That idea goes hand in hand with honoring America’s Best New Attraction, Gathering Place.”

The public park spanning more than 100 acres in Tulsa, funded by $465 million from George Kaiser Family Foundation and others, opened to the public in September.

It was awarded the title America’s Best New Attraction by USA Today.

Terry said the creation of Gathering Place is “revolutionizing the public realm” in Tulsa.

“Gathering Place has transformed over 100 acres of Tulsa’s riverfront into a dynamic downtown park,” Terry said. “Its pioneering efforts in reinforcing a sense of place serve as an example for other communities.”

For the first time, ULI Oklahoma will offer its Distinguished Service Award. The first recipient will be Jim Couch, longtime city manager of OKC.

“This is the first award of its kind, and ULI Oklahoma is incredibly pleased to honor Jim Couch,” Terry said. “Jim is the longest-serving city manager in our city’s history. Among his many accomplishments in this position, he negotiated a historic water settlement and helped to secure an NBA team in Oklahoma City. Jim’s service will impact our community for generations to come.”

“He’s done amazing things for this city, so it feels like with him retiring, it was the perfect year to honor him and the service that he’s given to Oklahoma City,” O’Neill said.

O’Neill said the Impact Awards have grown every year and the event showcases each nominee and contains a “fun, funny and innovative” video component.

So in addition to rewarding successful land use projects, the Impact Awards aim to provide an evening of fun.

“The ULI Oklahoma Impact Awards is the best party of the year!” Terry said. “You do not have to be a member to attend the event. We would love to have folks join us to celebrate our city and recognize outstanding development.”