Buy deadCenter a drink this summer because it’s finally of legal age. 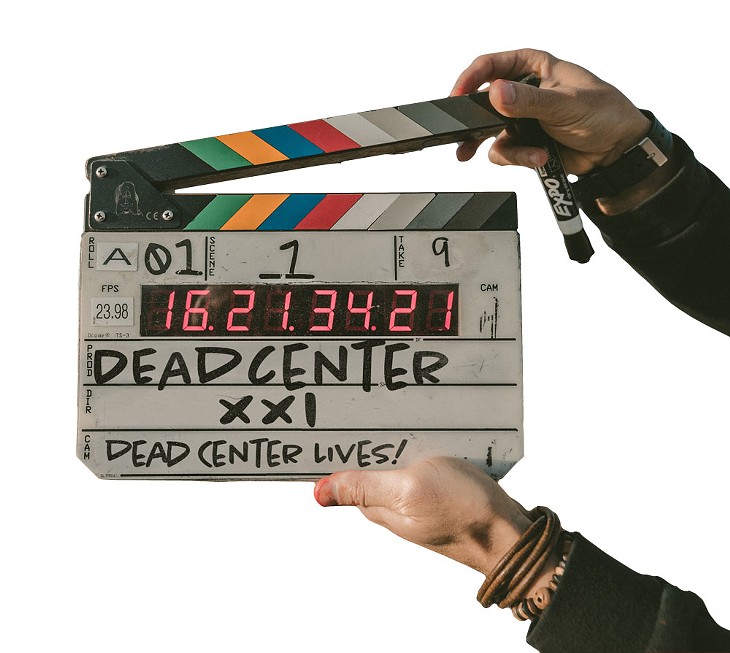 For its 21st year, a hybrid deadCenter Film Festival will begin June 10 and run through June 20 at various Oklahoma City locations with many screenings available online.

“We did the virtual festival last year and that really gave us a great groundwork for what we wanted to do this year. So we knew at a minimum, we were going to have the virtual piece,” deadCenter Film Festival Executive Director Alyx Picard Davis said.

“As we kind of got closer to June, we started building in opportunities as we saw they might fit. We’ve always had outdoor screenings as a part of deadCenter, so we knew that we would be able to do that, too. We’ve really put a lot of energy into making our two outdoor screenings really be just awesome.”

Tickets to the virtual festival are $100. A Pride Pass for the festival includes access to all of its queer programming June 17 through 20 as well as admission to a secret happy hour. Pride Pass perks are included with the virtual pass.

“We’re in the Wheeler district Friday night with the rock-doc, ‘We Are The Thousand.’ And I could not be more excited about that film. It is perfect to watch outdoors with a bunch of people. It’s just really nice to look at and listen to. And then Saturday, we’re going to be over at Washington Park, which is a brand new venue for us. We’re premiering the [Oklahoma City] Thunder documentary “Pause the Game” and also showing Questlove’s ‘Somersault,’” she said.

We Are The Thousand documents the global formation of a thousand-plus member band who all happen to love the Foo Fighters.

The short documentary “Pause the Game” is the fourth Oklahoma City Thunder film to premiere at deadCenter. It revisits the historic moments prior to tipoff against the Utah Jazz, complete with interviews from key players that night when the NBA stopped the rest of the season due to a positive COVID-19 test from one of the Jazz players. After its premiere, “Pause the Game” will be available for free to stream online as part of the festival’s Community Showcase through June 20.

Ahmir “Questlove” Thompson’s music documentary “Summer of Soul (...Or, When the Revolution Could Not Be Televised)” brings to light never-before-seen footage of the 1969 festival presented at what is now Harlem’s Marcus Garvey Park.

“We’re gonna throw some big parties outdoors where we know people can be safe and enjoy on their comfort level, which still changes day to day. We walk around and we’re thrilled we’re vaccinated, but we know some people aren’t and some people can’t and we want everybody to be able to enjoy film and the kickoff to summer,” Picard Davis said.

This year marks a festival first for the Best Indigenous Short award. The winner receives a $1,000 cash prize. The seven films in competition for the inaugural award category are: Blackwater, San Diego, The Writers Room, Roots of Lacrosse, Totsu (Redbird), Sardis, and Inage’i (In the Woods).

“It’s huge for us to be able to offer that category. We’ve partnered with the Cherokee Nation film office who’s been doing just some excellent work with indigenous filmmakers and indigenous filmmaking to make that award possible,” she said.

For the vaccinated and those comfortable with indoor events, there will be plenty of air-conditioned festival showings and events.

“We have a really great partnership with Tower Theatre that’s allowing us to do our techCenter industry fair, and have our VR and have a couple happy hours over there just because they’ve been so great about their COVID precautions and how they sanitize. We felt very comfortable sending people there,” Picard Davis said.

tech Center will highlight film businesses, industries, resources that have popped up recently and will include various deadCenter programming. It begins with an “industry fair” networking opportunity in the lobby. Music videos from the film festival program will be playing inside the actual theater, and upstairs will have virtual reality programming. Green Pastures Studios, the Oklahoma Film and Television Academy, Boiling Point Media and the Oklahoma Film and Music Office have already confirmed for the fair. Oklahoma musicians include: Greyson Chance, Samantha Crain, Jabee, The Imaginaries, Mothica, Onyx Lane, Jessica Ray, Roberto, and Salem Blue. The videos will also be playing inside Tower Theatre on a loop June 11 and 12.

“We’re also bringing Oklahoma films, both our features and our short films. We’ve partnered with Rodeo Cinema and the Oklahoma City Museum of Art. So Oklahoma features will be presented at the Oklahoma City Museum of Arts and then our short films will be at Rodeo Cinema. And then, super special, we’re bringing back Horrorfest. So our collection of horror shorts that make you go ‘What the fuck?, Rodeo Cinema just opened a second screen in The Paramount building on Film Row, so we will be showing Horrorfest Friday night and we’ll have two screenings of that to accommodate a smaller capacity. None of these screenings are going to be full capacity. Each one of these venues has their own COVID process procedure that they’re working with and that’s worked well for their audiences and their audiences are our audiences, so we feel really, really good about getting people back into the theater in some form or fashion, and are just really excited that we can celebrate our Okies here in person, and then throw as much of a virtual celebration as we can for the rest of the world,” Picard Davis said. 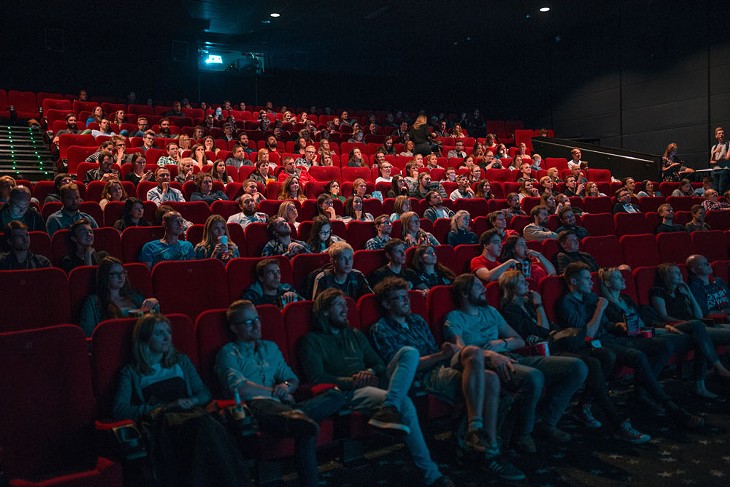 The complete festival schedule is printed in this issue of Oklahoma Gazette. While many of the films are available virtually, some are exclusively in person and are noted there and on the online schedule which can be filtered with a myriad of tags.

“You can watch films, on your phone, on your tablet, on your computer, I recommend you watch them on your television sets. There is an app that is compatible with Roku and [Amazon] Fire stick and Apple TV, or you can hardline your computer in if you need to. We have volunteers and FAQs to help people navigate that if they didn’t have the privilege of navigating that last year, or maybe this year they forgot. I probably need a little bit of a refresher, but there are multiple ways to enjoy the festival on your own terms. We’ve even seen people rent an inflatable screen in their backyard and throw a party for their pandemic pod. So I definitely encourage people to get creative and, and make it theirs because these have been two very special, special years. We are eager to return to the full in-person onslaught that is a deadCenter Film Festival in a normal year, but for these two years, we’re having as much fun as we can with it and we’re seeing some really creative ideas come out of it. Honestly, the most exciting thing is to see how we’ve been able to innovate and what people are responding to,” she said.

But, in some form or fashion, it appears that the virtual platform will be around for good.

“The film industry is a very dynamic industry. Now more than ever. There’s a lot of behind-the-scenes nuance that goes into being able to present a film on a virtual platform and when the structure returns to more normal, as the dust settles, it may be a challenge to get certain films’ approval to be in the virtual space. But what we’ve seen is we have a much broader reach. And the number one thing I heard about last year was, ‘I got to see more films than I’ve ever been able to see. Because I could just sit down and watch them back to back to back to back. I didn’t have to worry about parking. I didn’t have to worry about setting aside time for a meal  because I could just heat up some popcorn and go.’ You can’t overlook just how impactful that is for some people. And certainly, it’s, it’s, it’s fun to be able to play catch up. So we look forward to finding a way to creatively build out the virtual space. It may look a little different. It may be its own experience. I don’t know yet but we will definitely have some way for people to experience deadCenter online, probably forever now until we put microchips in our heads,” Picard Davis said.