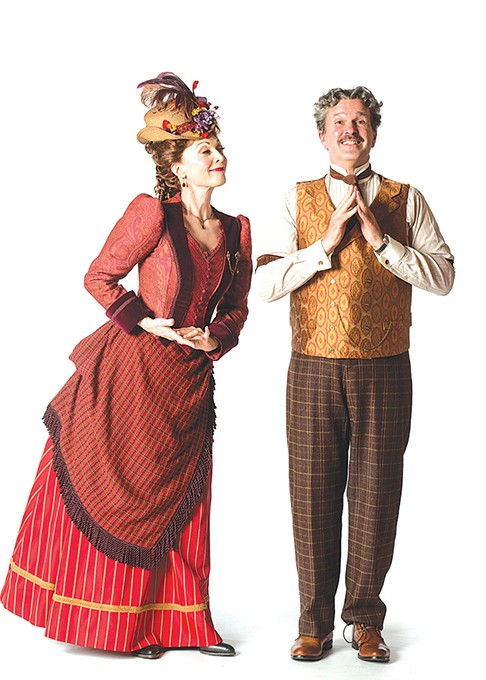 Carol Channing and Dolly Levi made each other famous. Channing won a Tony for playing the original version of Levi, the titular vivacious widow in Hello, Dolly! on Broadway in 1964. Then for the next 30 years, according to Playbill, Channing played the role for more than 4,000 performances, never missing a single one.

“She is old-school theater in the fact that ‘The show must go on,’ truly,” recalled Ashley Wells, who acted alongside Channing in her final tour of appearances as Dolly and is associate artistic director at Lyric Theatre of Oklahoma. “It was amazing to just see this workhorse be such a perfectionist and give the exact same performance every night no matter what.”

Hello, Dolly!, currently revived on Broadway, will also be produced by Oklahoma City’s Lyric Theatre beginning Tuesday. Wells — who played the role of Ermengarde in the 1994 cast that Channing told Playbill was “the best Dolly! company I’ve ever worked with” — will direct Lyric’s version. Working with Channing taught Wells some important lessons on getting a laugh.

“She is a comedic genius, a comedic timing genius,” Wells said of Channing. “I have really taken the way she’s able to set up a joke and land it, and I’ve tried to work with our actors and performers in teaching that art because it’s not really taught anymore, when you think about it. … I saw the current production on Broadway with Bette Midler, and of course, Bette’s amazing. I absolutely love her. But there were several times that she would just go straight through a line or straight through a joke, and I thought, ‘Oh, well, OK, that didn’t land as well as when Carol did it.’ It’s kind of interesting to see another brilliant comedic actress have a different take on the exact same material.”

Dee Hoty, who plays Dolly in Lyric’s version, offers yet another take on the widow, who goes to great lengths to remarry for money and complicates and improves the lives of those around her in the process.

“She has brought so much heart and joy to this role,” Wells said. “We are having so much fun finding the Dolly that’s in her and figuring out her comedic timing. … Every actress brings something different. I am able to say sometimes, ‘Hey, maybe you can slow this line down a little bit,’ but Dee is bringing such a warmth. Carol is a very much vaudevillian, rah-rah-rah, wink-wink-wink actress, and Dee is bringing a lot of heart and joy and sincerity to the role.” 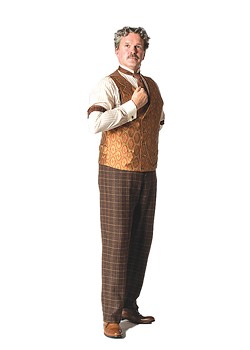 Hoty’s Dolly might be different in some ways, but Wells said she is working with choreographer Matthew Sipress, who was also part of the 1994 company, to recreate the old-school Broadway grandeur of the original production.

“I wanted to recreate that so that the younger generation now that’s never seen Hello, Dolly! can see how a classical musical was written and how it’s performed today,” Wells said. “It is so much fun to work on because a lot of the musicals that are being produced aren’t produced the way that these were. You can change Dolly! and you can make it more modern, but I’ll be honest, when [Lyric artistic director] Michael Baron asked me to do this, I said, ‘Michael, I don’t want to change it. It’s just such a perfectly written musical. So if you don’t want the classic, then don’t have me direct it.’”

Even if they don’t quite make musicals like they used to, Wells said Dolly! is still relevant to today’s audiences.

“When you get down to the root of this story, it’s about a woman who is trying to find her life again,” Wells said, “which we all go through still nowadays, whether it’s in a divorce or a death or just trying to find your first love. … Dolly’s been a widow for awhile and she’s finally decided, as she says, to ‘Join the human race’ and to get back out there and try to live life instead of just sitting at home and watching TV and playing Xbox, if you want to bring it into the real world.”

Theater purists should note that no video game consoles or otherwise modern references have been slipped into the script, which Wells said stands on its own.

“Hello, Dolly! is probably one of the best-written musicals, especially for a woman’s role, and how the show is crafted, both the book and the music,” Wells said.

The woman’s role is explored and discussed throughout the musical, which includes “It Takes a Woman,” a song sung by Dolly’s unsuspecting love interest Horace Vandergelder (George Dvorsky) praising women who “work into infinity” unclogging drains, shoeing horses and cleaning the stable. Wells said that Dolly is a more feminist character than might be obvious on first examination.

Though the musical remains unchanged in substance, Wells said the performances of the characters and the audience’s perception of them might have evolved with modern attitudes. The fact that Wells is directing Dolly! from a woman’s perspective might also shape the way Hoty plays the title role.

“She and I can be one-on-one in a room and just really talk,” Wells said. “I don’t think she feels like she has to put on any airs to prove herself, and we can just really look at the text and dive into it. And I can look at it from a female perspective instead of a male perspective and I can say, ‘I think this is what she’s feeling. This is what Dolly’s feeling at this point. This is what she’s talking about. This is where she’s coming from.’ A male director would probably say completely different things from what I’m saying. … We certainly have different conversations. There are many times when I’m like, ‘OK, you can just totally let the audience know that this guy is being ridiculous and you are in charge of this whole situation. In the original, you probably didn’t see it that way as much; you just thought, ‘Oh, wow! Look; here’s this woman. She’s going to sing these songs and she’s going to end up marrying him.’ Whereas now we do see it as women empowerment, we see it as she’s taking control and in charge of her life. Back then when it first came out, we might have seen it as, ‘Oh, this is the only thing she could do.’”

Classical musical theater continues to remain relevant in any case, if for no other reason than it’s enjoyable.

“So I do think modern audiences can find something in it for them,” Wells said, “and at the same time, isn’t it just fun to go to the theater and see just a good old show of happiness, light and love?”