Republican voters in House District 85 are getting to know a cast of new faces after nearly 21 years with a consistent name as their representative.

The northwest Oklahoma City House seat had been held by David Dank, who died earlier this year, or his wife, Odilia Dank, for over two decades. A 13 percent margin of victory for David Dank in last year’s election kept District 85 a Republican stronghold. But next week’s special Republican primary will determine which candidate will take on Democrat Cyndi Munson, who has had more than a year’s head start and is expected by many to make a strong push for the seat.

“I think this is an extraordinarily difficult race,” said Chip Carter, one of the four Republican candidates. “Whoever out of the four of us gets out [of the primary] will go against somebody who did this just nine months ago ... and who has name [recognition]. Yes, it’s a Republican-leaning district, but I think we are all going to have a heck of a dog fight in September.”

Before the general election on Sept. 8, a Republican primary will be held on July 14. The four Republican candidates include Carter, 45; Matt Jackson, 40; Amy Palumbo, 37; and Ralph Crawford, 63.

Dank was a lawmaker praised for a moderate approach and attention to tax credits and senior citizen issues. While some of the primary candidates have referred to his legacy, many are addressing social issues and other talking points that tend to dominate special Republican primaries.

“Public education, pro-business and economic development issues are what have the biggest impact to voters,” said Sen. David Holt, who represents District 30, which includes portions of District 85. “But when you get into a special election in a closed primary system like we have, issues that may not be as close to daily life rise a little higher. Nobody in mainstream life is talking about nullification [of Obamacare], but I got a mail piece advocating for that particular theory [from a candidate].”

The mail referred to by Holt was sent by Jackson’s campaign, and it promised that his first legislation, if elected, would be to “nullify the atrocity that is Obamacare.” 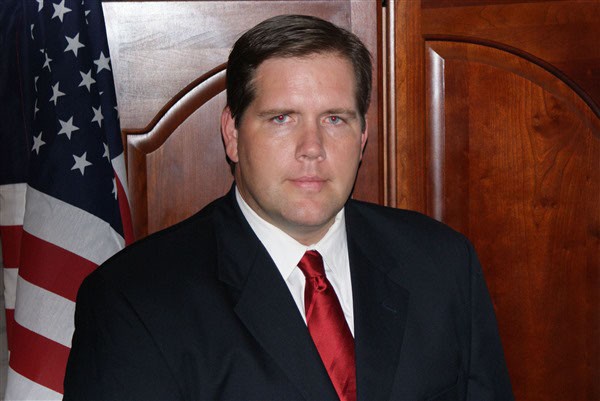 Last week, Jackson did not show up for a scheduled interview with Oklahoma Gazette and did not respond to a request to reschedule. In addition to opposing the Affordable Care Act, Jackson promotes a patriotic tone on his campaign Facebook page. Links to articles about how to fold an American flag or the life of John Wayne are more common than posts on education reform or tax breaks.

Mailers from other candidates have advocated for pro-life and pro-gun issues.

“I don’t think there has been enough discussion of economic development and education,” Holt said, “but I’m not surprised. It’s a Republican primary in a summer special election. The turnout is going to be very low and mostly older ... which tends to skew the issues.”

Most voters will learn about the candidates through mailers and front porch visits. But in Gazette interviews, three of four candidates did speak of education, economic development and public safety as important issues to voters.

Crawford said he is concerned with wasteful education funding but is also receiving a message from voters to preserve American values.

“I had a friend of mine tell me, ‘Ralph, if you’re elected, promise me you will try to preserve liberty, protect our liberty,’” Crawford said. “I think people need to vote for the person who best supports liberty.”

In recent Facebook posts, Crawford has also said he would fight to overturn a recent ruling by the state Supreme Court that orders the removal of a Ten Commandments monument from the Capitol grounds.

“As Sen. Inhofe knows, I am committed to upholding our conservative values in the State House of Representatives,” Carter said.

Name recognition and fundraising will also play a role in the primary election. But candidates are targeting Republican voters with conservative talking points, some of which are not always rooted in policy.

“It’s a seat [Republicans] ought to hold, but the Democrats have a strong candidate and the [demographics of the] seat are changing,” Holt said. “I think someone like Carter is well positioned for a general election because he talks more about education and economic development issues, which are issues that appeal to the broader public of a general election.”

Print headline: District race, As House District 85 heads into a primary election, the issues might become skewed, as voter turnout is expected to be low.