The chefs at Guyutes have married palm trees and the high seas with a boatload of flavor. 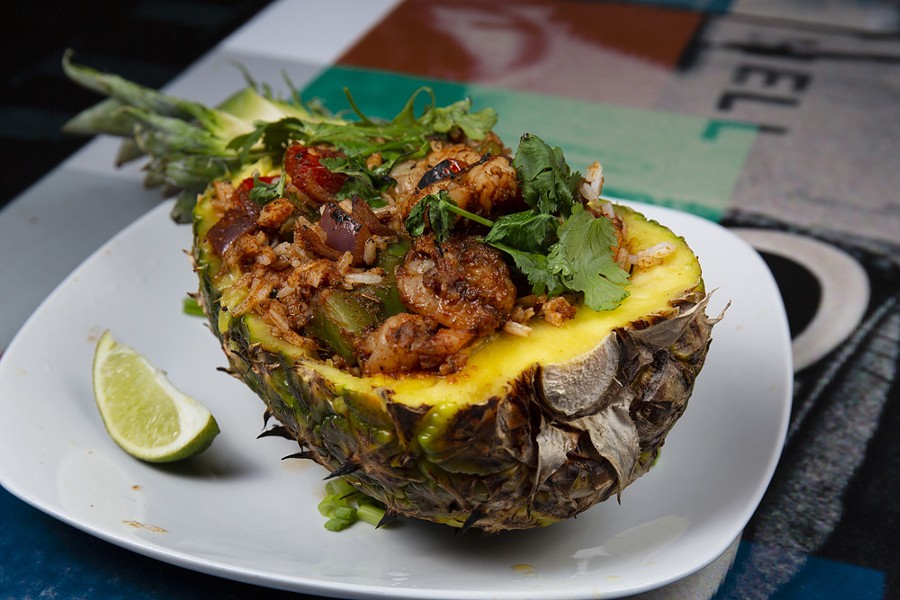 If this is the first time you’re seeing the phrase “seafood canoe,” you’re not alone.


The chefs at Guyutes — Jarrod Friedel and Matt Pryor — married fresh fruit, fresh fish and infused coconut milk rice to bring you a tasty meal as temperatures threaten to crest the 90-degree mark.


“This is something I saw in Isla Mujeres a few years ago,” Friedel said.


After cutting the pineapple (which serves as the “canoe” portion) in half, score the fruit and then use a spoon to scoop out the flesh, setting it aside to be mixed back in later.


Be careful when scoring and scooping not to pierce through the pineapple unless you want a mess on your hands, Friedel said.


“Once you’ve got the pineapple hollowed out, you can just put some foil around it because we're gonna throw it on the grill but you can also throw it in the oven at home just to kind of heat it up and make the pineapple a little softer,” he said.


The infused coconut milk is mixed with rice and then tossed in with the seafood, peppers and spices to fill the canoe. For this recipe, orange roughy cut into small chunks was used because of the fish’s ability to absorb flavor well.


“Usually fish will take anywhere from four to seven minutes to cook through depending on the size of it. With the high heat and it being cut down like that, you're gonna cut your time down considerably. What you're looking at is a nice medium, medium or medium rare probably because you’ve still got to throw the shrimp in,” Pryor said.


After everything is cooked and the hollowed pineapple is filled, throw it into the oven for a few minutes to bring the dish to fruition.