The Oklahoma State Capitol’s interior restoration project recently began as work continues on its exterior. And just as with any big job like this one, there are surprises inside that could cost the state much more to correct than anticipated.

At a press tour last month, signs of 98 years of destructive remodels and badly-conceived additions exemplified challenges that architectural firm Frankfurt Short Bruza (FSB) and Manhattan Construction have before them.

But the motivation is there to overcome obstacles and bring back the grand building completed in 1917, just 10 years after statehood. As Oklahoma History Center Director Bob Blackburn has said on several occasions, the capitol is the state’s “artifact number one.”

Trait Thompson, State Capitol project manager, led the tour with a press conference in which he explained the project and its implementation.

FSB architect Craig Smith said their effort will bring the building’s infrastructure into the 21st century while restoring the beauty of the original design.

Muskogee-based Manhattan Construction built the Capitol, and so it still has the original ink-on-linen plans provided by architect Soloman Layton.

According to Thompson, the priority is to complete the project without stopping the building’s necessary functions.

The six-year plan should save money and minimize disruption to legislative calendars by making staff and governmental leaders move only once while interior work is under way. 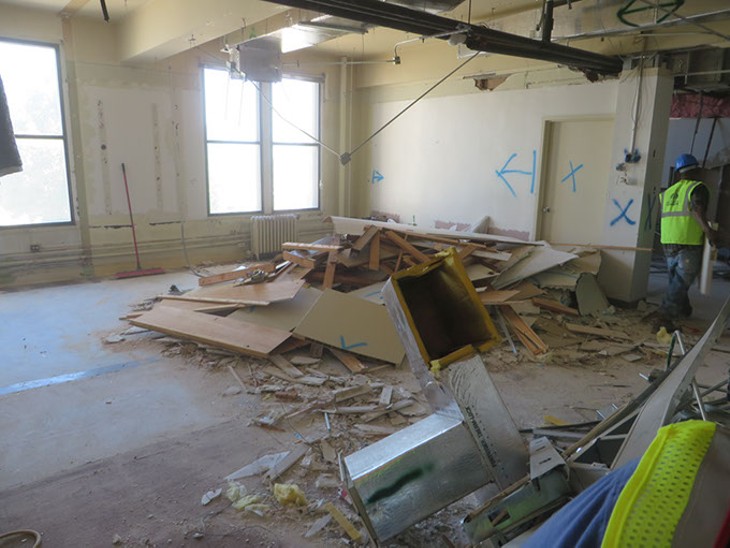 One big issue is that tile, carpet, paneling and ceiling tiles all were applied using types of glue that contain a hazardous substance made with asbestos.

Its removal process must follow strict guidelines to keep it from becoming airborne, which takes more time and money because crews must create an air evacuation system to properly remove dust during demolition.

The legislature appropriated $120 million for the overall project but it will likely request more.

Thompson doesn’t believe that there are any other options, he said. Replacing the entire structure would be far more expensive.

“If we were to build this capitol today just with the same architectural features and details, we'd be between half a billion and three-quarters of a billion dollars.” 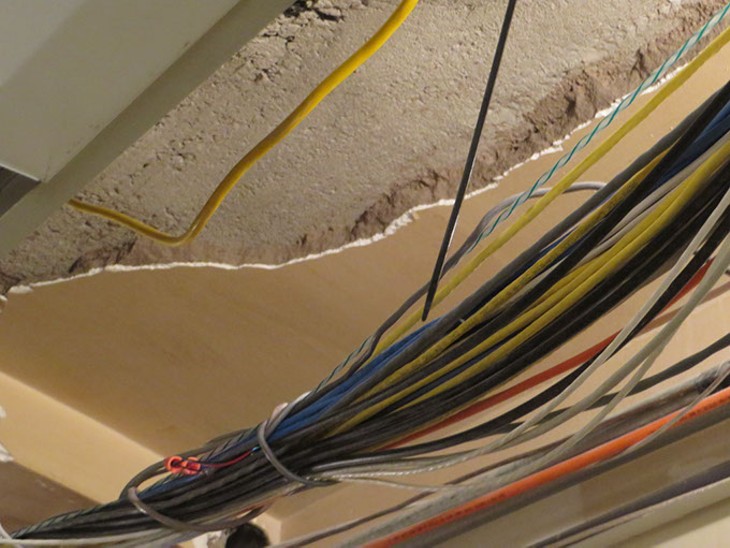