Two organizations are working to find the best solution for a historic house’s potential demolition. 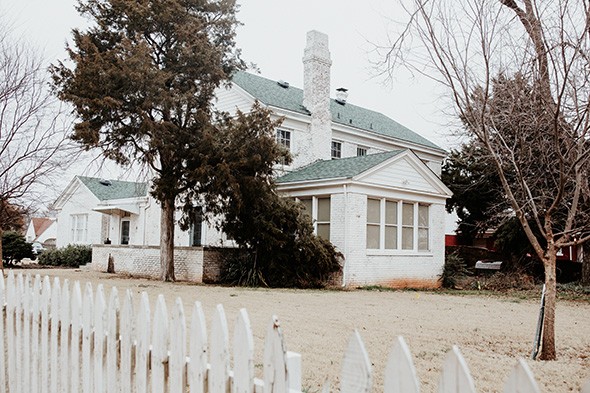 Two nonprofit, pro-social organizations are working to find compromise when it comes to the demolition of a historic home. The Oklahoma chapters of National Association of Colored Women’s Club (NACWC) and the Child Abuse Response and Evaluation (CARE) Center are in conversations to find a happy medium to respect a historic building.

CARE Center purchased the house, known as Brockway Center, 1440 N. Everest Ave., in early 2018. The house sits behind CARE’s five-building campus. Stacy McNeiland, CARE chief executive officer, said it performed its due diligence by having an architect and engineer examine the building.

“You start to walk through the house and an engineer’s pointing out, ‘See how your foundation’s dipping, see how this isn’t to code, see all these problems — you have asbestos, you have bad plumbing, you have bad electrical,’” McNeiland said. “So the engineer and architect at that point said, ‘Your best solution is to demolish and to build from the ground up.’”

Jackie Gates, president of the state NACWC chapter, said the organization purchased the Brockway Center house in 1968 and sold it in 2011. CARE became the fourth owner of the building after it was sold two more times.

“We attempted to have that building, while we still owned it, listed as a historical landmark,” she said. “We could not get help from the city; we just couldn’t get any help. It became too much for us to maintain, so we sold the property. … The ladies that actually negotiated that are all deceased.”

Though Gates was not a part of those negotiations, it was reported that the women and the first new owner agreed to keep their sign on-site, which she said did not happen.

“We just wanted it to be recognized and not erased,” she said. “Just because we don’t currently have a building doesn’t mean we’re not still working for the community, because we are. We have an endowed scholarship through the Communities Foundation of Oklahoma that we’re taking applications for right now. … We don’t own the property, but really we just want our history out there. We don’t want to be forgotten because we’re still here.”

The women’s organization no longer has a clubhouse, but it continues meeting regularly at Arvest Bank.

Ward 7 councilwoman Nikki Nice presented a resolution at the Jan. 29 Oklahoma City Council meeting to acknowledge Brockway Center’s historic and cultural significance. The resolution states that the council recognizes the house as having “great historic and cultural significance and should be maintained as a testament to merging of the old and the new.”

“The Oklahoma City Federation of Negro Women’s Clubs has long served as a beacon in this community — not only for women and youth, but also for all who have had the opportunity to benefit from the efforts of the courageous and devoted women who established the Brockway Center in 1968,” the resolution reads.

There were no representatives from CARE or the women’s organization present, so the council voted to defer the resolution. The resolution was brought up again at the Feb. 12 council meeting, in which CARE Center representatives, including the architect and engineer who recommended demolition and leaders of the women’s group, gave presentations.

McNeiland and other CARE representatives told the council they had looked into renovating but found it to be infeasible after learning about problems the house had; McNeiland said they also need a space almost three times the size due to the increased number of clients. Leaders of the Federation of Colored Women’s Clubs presented some of the history of the organization and the house.

Due to a discrepancy in the resolution’s title, which mentions that the “structure should never be demolished” even though the resolution does not, it was again deferred so Nice could ensure the wording reflected her goal.

“We’re not being asked here, in the plain language of the resolution, to weigh in on the demolition or not demolition; that’s in the title, which arguably is an error really, a staff error,” mayor David Holt said at the Feb. 12 meeting.

After that meeting, McNeiland told Oklahoma Gazette that Nice toured CARE Center and had a discussion with representatives. No conclusion was reached, but they planned to keep having conversations.

“We also had a really great conversation with the women of the Brockway Center, just kind of out in the hallway after [the Feb. 12 council meeting],” she said. “They were super kind and said, ‘We want to work with you.’”

The resolution was deferred a third time, without any discussion, from the Feb. 26 meeting to March 12, which is when the council aims to vote on it.

“We understand the property has cultural significance, and we want to work with the women of the Brockway Center who previously used that property and did such amazing things for our community,” McNeiland said. “We want to honor their legacy and tell their story. We want to work closely with them, and we were excited to hear that the meeting was deferred once again to March 12. So hopefully that will give us more of an opportunity or another opportunity to be able to reach out to the women of the Brockway Center and say, ‘How can we meet in the middle?’ I know those ladies believe in the work that we’re doing. They’ve made that clear.”

The women’s organization plans to meet soon to discuss exactly how it is willing to compromise. After that, it will meet with CARE representatives to talk through both parties’ objectives and try to reach a conclusion. 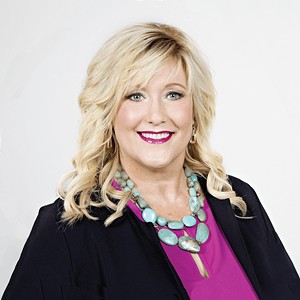 “There’s an opportunity for us to come together and go united in front of city council and hopefully say, ‘We figured out some solutions,’” McNeiland said. “We already have someone who is willing to help us with the financial part. … She’s anonymous and is a great supporter of the CARE Center but even said, ‘If some of this donation needs to be used to help memorialize the women of the Brockway Center, so be it.’”

Though the city council’s resolution will not prevent the demolition of the building on its own, McNeiland said they want to work to find compromise because they respect the council and the history of Brockway Center. Their expansion plans began in early 2017 but have been halted due to the resolution.

“We pressed pause, I mean, on everything. We have moved forward in terms of we really do believe that the demo of the property is the best solution. That doesn’t mean the building can’t look like the other building or that we wouldn’t invest. I mean, goodness, we’re willing to negotiate with anything,” she said. “What the ladies of the Brockway Center did really does matter and our missions truly are so similar. … It’s super important to us that we’re working together, and I can’t imagine doing it any other way.”

Councilwoman Nice did not respond to Oklahoma Gazette’s requests for interview.