An exhibit at Oklahoma City Museum of Art explores the definition and diversity of sculpture art. 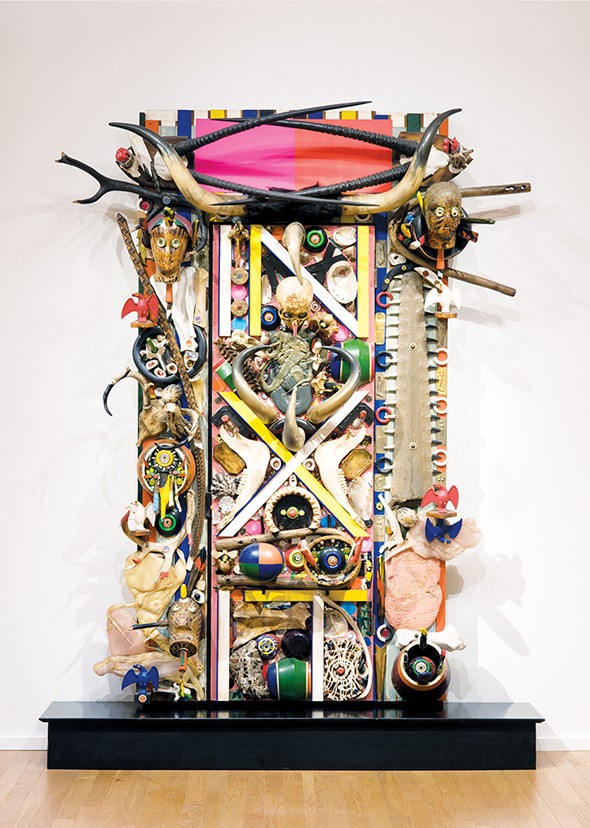 The newest exhibition at Oklahoma City Museum of Art offers more questions than answers, even for its curator. Off the Wall: One Hundred Years of Sculpture, on display through May 12, 2019, at OKCMOA, 415 Couch Drive, features more than 20 works from the museum’s permanent collection. Curator Roja Najafi said the exhibit is intended to prompt inquiries, some of which seem, at first, to have basic answers.

Seeking the answers, if there are any, to these questions of classification takes art criticism into prehistory.

“When you go through these categories from the beginning of art history and think about the wall paintings of prehistoric times, we think of them as paintings,” Najafi said. “We consider them two-dimensional, but many people have seen the wonderful movie by Werner Herzog Cave of Forgotten Dreams, and we know that these cave walls were not all flat.”

Herzog’s 2010 documentary captures some of humanity’s oldest known surviving paintings in the Chauvet caves of southern France. The film was originally released in 3-D, a necessity, wrote IndieWire film critic Daniel Walber, because a “simple print of a horse or lion from Chauvet would not begin to replicate the effect of its original location … to attain the full artistic impact one needs to walk through the cave itself, watching the paintings seem to shift in the darkness.”

When art becomes interdimensional and medium specificity becomes blurry, Najafi said, critics and historians are forced to question past assumptions.

“How do we make a medium of art?” Najafi asked. “How do we decide on this? Art historians and artists and art experts and art critics decide these things based on the space these works occupy. … The most sincere form of art is a sculpture, in a way, because it alters a space that we occupy as humans, the three-dimensional space that we see. Because if you think about it, any work that is two-dimensional, when it alters a 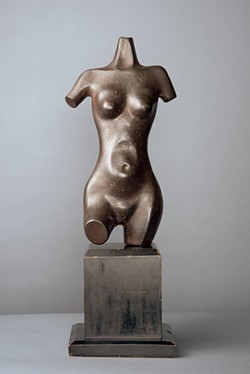 space, it is an illusion, right? … That’s the issue that the artists in the 20th century are really tackling at the beginning of modernism, that we need to be sincere to the medium and we need to be medium-specific, that paintings need to be two-dimensional and flat. By the middle of the century, every single art medium had been basically boiled down to its pure qualities, and now we are questioning what’s next. Maybe those boundaries were wrong.”

“For an artist, this is all a playground for them to question these boundaries,” Najafi said. “We use them as teachers, as art historians and art critics, to get into these things, but really, at the end of the day, they’re arbitrary.”

Many of the works on display in Off the Wall prompt questions about not only what a sculpture is but what it can do.

“The materials that artists use go beyond the traditional methods,” Najafi said. “We have sculptures from bronze and marble, of course. Those are very traditional materials that artists have used for centuries since ancient Greco-Roman art, and you will see sculptures that are using the same material but they are doing something else. They are making a sound. They are meant to move around. And then you will see sculptures that are assemblages that bring together various found objects. Artists walk around and find these objects in garage sales or discarded by the side of the street. Or we have an amazing artist, Lisa Hoke, who uses packing material like cardboard. Cardboard and packing materials in their nature are three-dimensional, right, because they are boxes? But she flattens them, and then she re-volumizes the whole thing.”

Despite the name of the exhibition, Hoke’s work “Come on Down, Oklahoma” is mounted on the wall. Another assemblage sculpture, Alfonso Ossorio’s “INXIT,” is partially constructed from animal bones.

“If you look at it, it has horns and a skull, found objects like plastic handles,” Najafi said. “Everything is visible to you. Your eyes won’t be able to rest on this work.”

The creation of subjective viewpoints and the obfuscation of 2- and 3-D has implications for modern technology as well as modern art. 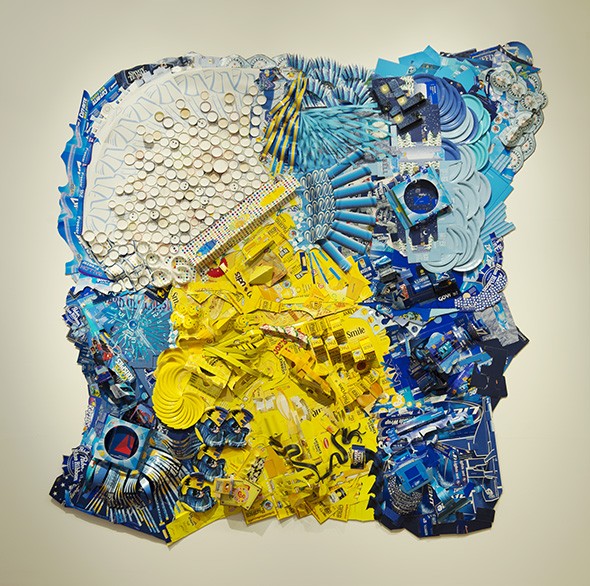 “Virtual reality, when you think about it, is a very internal sense of space,” Najafi said. “You put goggles on your head, and you are looking at a screen and you are sort of imagining this three-dimensional space that does not exist. So I think it is, in a way, a continuation of the surrealist view of space, that space exists within our subconscious.”

Museum visitors, via in-person and online voting, chose one sculpture, “Icarus” by Charles Umlauf, for display in the exhibit, blurring the division between patron and curator. Najafi said she thinks the work proved popular because it offers a new angle on a classic theme.

“It is a sculpture that is doing something interesting with a very traditional subject matter,” Najafi said. “The subject is from Greek and Roman mythology, and we see the body of a man who is trying to fly, falling, so it is very much an upside-down sculpture, and it is beautiful, a fallen angel. … I think it appeals to people because in all of us, there is an Icarus. We all want to try to get closer to our ideals, to try the impossible, and we all have experienced disappointment, a fall.”

Ultimately, while historians, curators and critics find it useful to divide art into categories, for many artists, creation supersedes, and even defies, classification.

“One thing we should keep in mind is that these things are tools,” Najafi said. “Medium, material, shape, form — these are tools for the artists to tell us their stories, to tell us what’s important to them. And sometimes what is important to them is the form, is the material, but many times we are actually telling a personal story or we are telling a story about the world.”