The golden age of Native American filmmaking dovetails with the 1990s golden age of indie film, partly because an infrastructure of distribution and recognition arrived in time to provide support for unique First Nation voices.

With the emergence of the Sundance Institute in 1981, talented creators connected with producers and distributors, achieving a more prominent role in helping create stories that were unique to their own history and experience.

The institute’s Native American Initiative brought attention to key talents, including Oklahoma filmmaker Sterlin Harjo, who has since served on juries at Sundance Film Festival.

A watershed moment for the Native American film industry came in 1989 with the success of Powwow Highway, a comedy-drama starring A. Martinez and Gary Farmer and featuring Oklahoman Wes Studi and Graham Greene.

New filmmaking talent constantly emerges, and as streaming services become more important in distributing small-budget films, platforms like Netflix, Amazon Prime and iTunes are an important avenue for seeing them.

Here is our beginner’s list of Native American films that can be seen right now on streaming services. 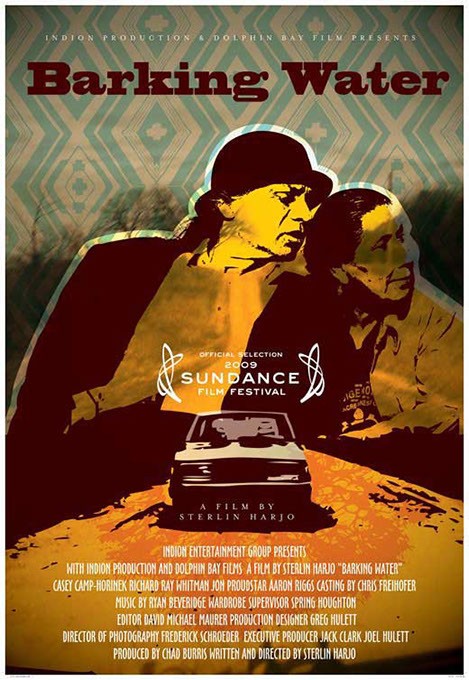 Frankie (Richard Ray Whitman), a Seminole man in the final stages of cancer, travels with his ex-lover Irene (Casey Camp-Horinek) on a road trip to visit family before his death. Director Sterlin Harjo’s feature-length debut, Barking Water received positive reviews, including one from The New York Times, and won best drama film at the 2009 American Indian Film Festival. 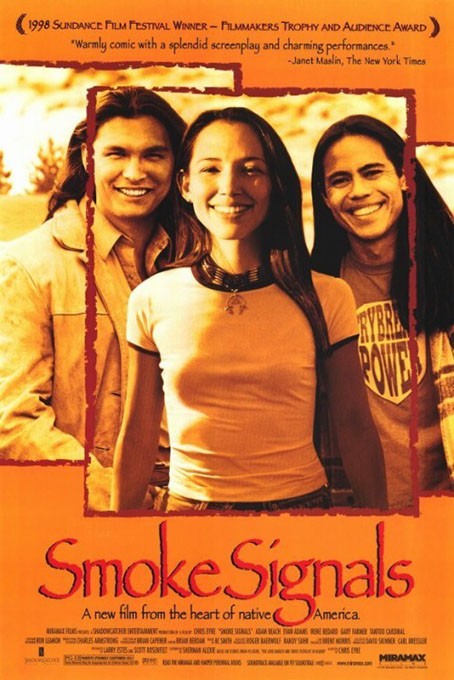 One of the most critically lauded Native American films of the 1990s, Smoke Signals features the first screenplay by Sherman Alexie (based on the short story “This Is What It Means to Say Phoenix, Arizona,” from his book The Lone Ranger and Tonto Fistfight in Heaven). Adam Beach and Evan Adams star as Victor and Thomas, who must travel from Idaho’s Coeur D’Alene Reservation to Phoenix to retrieve the ashes of Victor’s father. This story of self-discovery earned director Chris Eyre the Sundance Filmmaker’s Trophy. The project also earned honors at the Independent Spirit Awards and Tokyo International Film Festival. 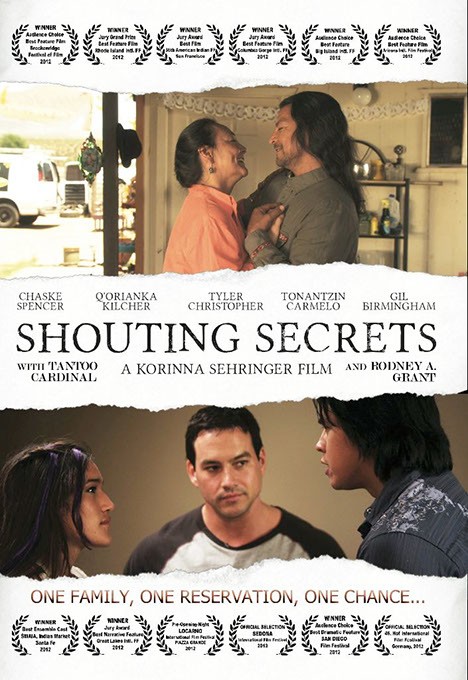 A successful novelist (Chaske Spencer) writes a bestselling novel based on the experiences of his family back on Arizona’s San Carlos Apache Indian Reservation, which alienates him from the family. Shouting Secrets won best film at the Rhode Island Film Festival in 2011 and costars Q’orianka Kilcher (The New World). 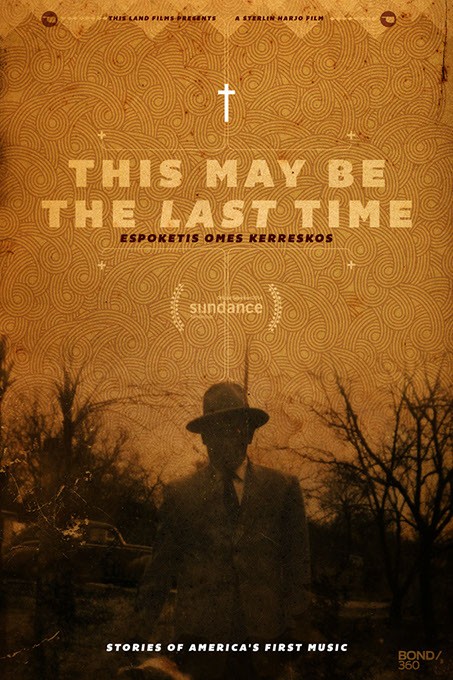 For this haunting documentary, director and co-producer Sterlin Harjo explores the mystery surrounding the 1962 disappearance of his grandfather Pete Harjo. Painstakingly researched and revelatory, This May Be the Last Time received widespread praise upon its release. 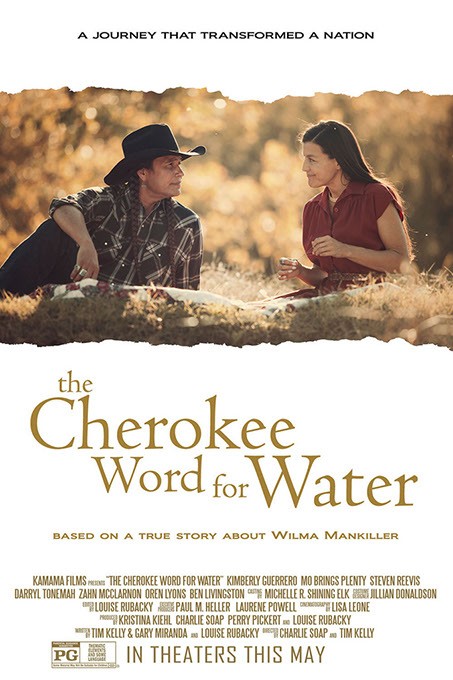 This film chronicles Wilma Mankiller’s (Kimberly Guerrero of Longmire) efforts to bring water to the small town of Bell, Oklahoma, where the largely impoverished Cherokee population still did not have running water in the early 1980s. Mankiller’s work on behalf of the town, which involved the Cherokee Nation providing equipment and technical assistance, helped launch her political career, culminating in her ascendance to principal chief. 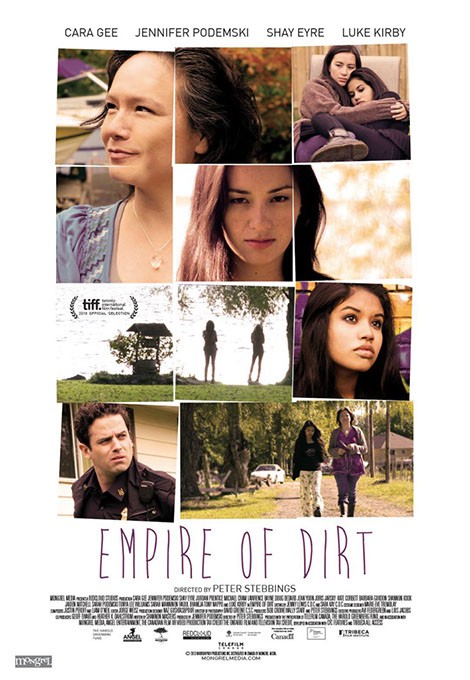 An intergenerational family drama from Canada, Empire of Dirt focuses on Lena (newcomer Cara Gee), who must return to her ancestral home after her teenage daughter tries to commit suicide. Empire of Dirt earned Gee a best actress award at the 2014 American Indian Film Festival. 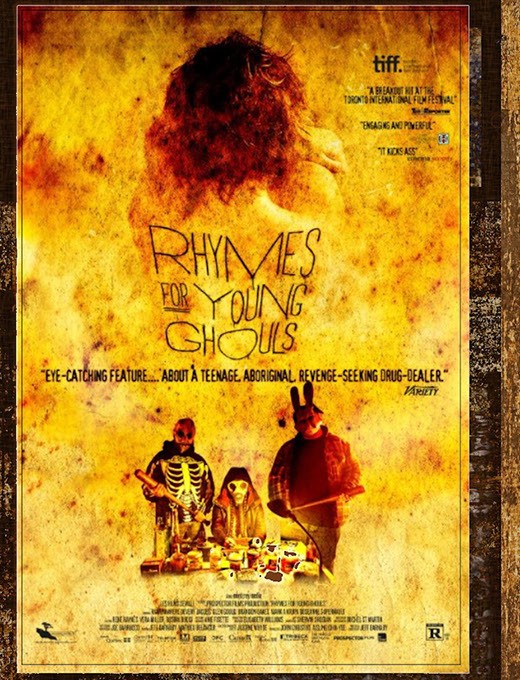 Mi’kmaq teenager Aila (Kawennáhere Devery Jacobs) takes over the family’s pot-dealing business and soon finds herself attending the reservation’s residential school, where she plots against the government agent who sent her to a place where physical abuse goes unchecked. Set in 1976, Rhymes for Young Ghouls won Best Canadian First Feature Film at the 2013 Vancouver International Film Festival.