Central Oklahoma Habitat for Humanity is just shy of 1,000 homes as it marks 30 years 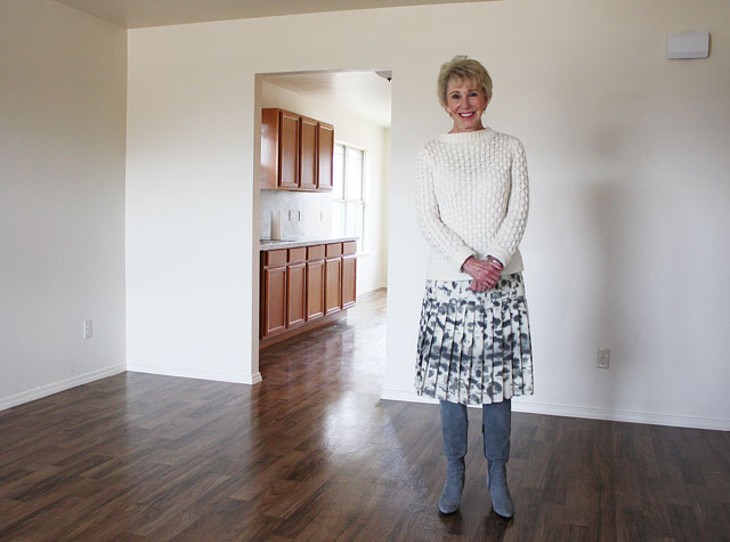 When Abraham Ndoye first stood on the front steps of his home and looked out, there wasn’t much to see. In the vastness of space, Ndoye saw promise and the perfect place for his family to thrive.

“We were the first ones here,” Ndoye said proudly from his Central Oklahoma Habitat for Humanity home in Legacy Estates. “You could see a barn to the north, a school to the south and Council Road. All around us was open space.”

There was nowhere else he; his wife, Fatou; and their children would rather be. The vacant lots would soon be filled with dozens of single-family houses, homes to other local families. On the concrete sidewalks, people on rollerblades and bicycles and parents pushing strollers would walk by their home. Backyards would become the spot for neighborhood barbecues, children’s birthday parties and more.

It was a welcome vision after nearly a dozen years of renting two-bedroom apartments in northwest Oklahoma City, where their children could only play inside. After completing the homeowner college program and plugging 300 hours of “sweat equity” into their home’s construction and other Habitat projects, the family of four moved into their home on Dec. 15, 2015. The house was sold at cost with a zero-interest mortgage.

“The family was expanding,” said Ndoye, who emigrated from Senegal after serving as a translator for U.S. Army Special Forces. “It was time. The apartment complex where we were was not safe.”

Now, the Ndoyes are neighbors to 74 families in the Stephen Florentz Legacy Estates addition. This summer, local Habitat leaders named the subdivision in honor of deceased U.S. Army retiree Sergeant First Class E7 Stephen Florentz, who left the nonprofit $2.25 million. The Ndoye family believes they have found their forever home. Each time Ndoye spots new construction, he stops by to introduce himself and welcome new folks to the neighborhood.

“A vacuum has been filled with a big community,” he said.

After 30 years of empowering limited-income families to build brighter futures through affordable homeownership, the fruits of the Central Oklahoma Habitat for Humanity labor are visible in 18 communities where the nonprofit, along with its volunteers, staff and families, has built more than 900 homes. What Habitat provides families goes beyond a house, explained Ann Felton Gilliland, the organization’s CEO and chairperson.

“They want to live in a safe neighborhood,” Felton Gilliland said about the families served by one of Habitat for Humanity’s top performing affiliates. “When you see where many of our families lived before, there is no safe place for children to play. It’s too dangerous to ride bicycles. When they move into one of the developments, the children are playing safely outside; they are skating down the streets. What we’ve done is create a safe environment.”

The study backed the anecdotal evidence Felton Gilliland has noted in her 27 years of serving the organization and its families.

“We make a difference in people’s lives,” she said. “I’ve handed the keys to Habitat families. Those children are now enrolled in college, enlisted in the service, are working jobs and are in med school. We’ve had so many single moms go back to school. We’ve just played a small part in their lives.”

Eleven years after Georgia-based Habitat for Humanity began as a faith-based organization rehabilitating old homes and building new homes to sell to low-income families at no profit, members of First Presbyterian Church of Edmond formed an affiliate chapter. They began to build simple frame houses with no garages in Metro Park, a neighborhood south of NW 10th Street and north of Linwood Boulevard between Western and Pennsylvania Avenues.

Felton Gilliland explained that passion and a drive to help others pushed the organization through its earliest years. In 1987, Habitat homeowners and volunteers built three homes in Metro Park. Habitat’s focus on Metro Park led to the building of 45 homes. In the south Oklahoma City neighborhood of Shidler-Wheeler, another 45 homes were built.

Habitat has also responded to communities impacted by the devastation caused by severe weather. These days, Habitat homes are built under recently established Fortified Home construction standards to produce homes built to better withstand natural disasters, including wind speeds of up to 135 mph.

All Habitat families apply to participate in the program. If selected, they must meet Habitat requirements like completing “sweat equity” hours and attending classes that cover topics like general homeownership, property taxes, home maintenance, homeowner’s associations and more.

While Habitat has long been a resource for providing affordable housing for limited-income families in the area, due to rising home prices, Habitat leaders see their programs in great need. A recent Statewide Affordable Housing Market Study commissioned by the Oklahoma Department of Commerce and the Oklahoma Housing Finance Agency projected that 44,000 affordable homes were needed by 2020.

With the support of volunteers and donors, Habitat averages construction on 45 homes each month. At each home dedication ceremony, Felton Gilliland presents both the home’s keys and a Bible to the newest Habitat homeowners.

“It never gets old,” Felton Gilliland said. “Every family is special.”