Chats, blogs and a hashtag unite teachers across the state 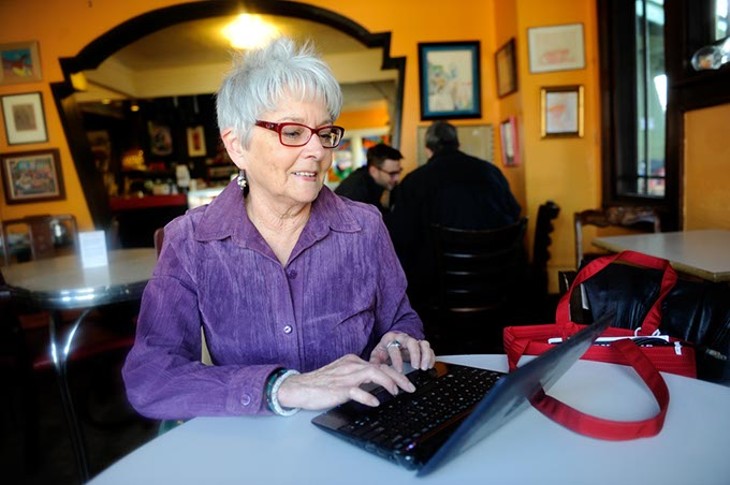 For the past few years, dozens of blogs, a Sunday night Twitter chat and the #oklaed hashtag have given educators a voice in Oklahoma education, an industry commonly dominated by politicians, pundits and others who work far beyond the classroom walls.

“I think [the online community] helps with teachers who sometimes feel like they don’t have a voice and who often think they have to suck it up and deal with it,” said Rob Miller, a Jenks Middle School principal and author of the popular ViewFromTheEdge.net education blog. “We don’t control the media, but I think we do control the social media.”

Whether it’s blog posts on controversial legislation, state superintendent elections or thoughts about the challenges of limited public school funds, the growing online Oklahoma education community has been credited for moving the needle on many issues that impact schools across the state.

“The last few years saw an explosion of amazing bloggers in #oklaed,” wrote Claudia Swisher, who blogs about being a fourth-generation teacher. “Administrators, teachers, we found our voices, and we found our community. We used our teacher voices to point out our concerns.”

Like Miller’s, Swisher’s blog has grown in popularity since she began in 2011, and she is sometimes called “the godmother of Oklahoma education blogging.” After attending an education-related blog seminar a few years ago, Swisher took the plunge.

“There are teachers blogging about their classrooms and administrators who write about policy and state issues, and it’s been an amazing thing to be a part of because so often, teachers feel as if they don’t have a voice,” Swisher said. “We may, at times, feel as if no one is listening, but we are listening to each other and we are learning from each other.”

Beyond having a voice that reaches lawmakers and policy leaders, digital networking helps connect teachers who might feel detached from other colleagues.

“I have felt isolated in my area of the state, discouraged that my passions are not prioritized,” said Vanessa Perez, a middle school computer teacher in Lawton. “My Twitter connections have led to physical site visits, answers to desperate cries for help and a renewed sense that I belong in education.”

In an industry that includes lobbying firms, think tanks and other powerful associations, the online community of teachers and administrators attempts to level the playing field. Many of those teachers who commonly engage online also offer further perspective to media, including through the creation of a state educators media guide, which includes contact info for several teachers, principals and superintendents across the state who have volunteered to speak with journalists about local education issues.

“Prior to discovering #oklaed, I could only rely on the expertise, willingness to share and time constraints of the teachers in my building for that information and understanding,” said Michelle Waters, a language arts teacher at Little Axe Middle School who has also helped create the annual educator’s media guide. “I don’t remember exactly how I discovered #oklaed, but once [I] found it, I knew the community was something special. I have been able to meet, learn from and be inspired by educators from across our state.”

Many #oklaed bloggers and social media users inspire and connect educators. They also offer perspective for parents, community members and journalists. There are many in the #oklaed network, but possibly the most famous was unknown until last week.

Since 2012, the author of OKEducationTruths.wordpress.com has written about education with an insider’s perspective without revealing his identity. On Sunday, Rick Cobb, an assistant superintendent in Moore, revealed his identity to thousands of followers at the end of a weekly #oklaed Twitter chat.

Cobb is a staunch critic of former Superintendent of Public Instruction Janet Barresi and credited her controversial management style as his motivation for blogging. Colleagues often sent him links to his own then-anonymous blog and recommend he read it, but Cobb kept his identity sealed from nearly everyone but his wife.

“I decided that what made this blog work was the ideas, not the personality,” Cobb wrote in Sunday’s reveal post. “Collectively, we have turned back a wave of people who seek to destroy our schools.”

Perez called the blogs of Cobb and Miller a “lighthouse” for educators.

“So often, it feels as much information is hidden or spun from us,” Perez said. “The bloggers not only helped reveal the truth but eloquently expressed my frustration and disbelief at the state of education in Oklahoma.”

The #oklaed network is a digital teacher’s lounge, but those involved say it also helps shape policy. Miller credits #oklaed for helping to change the Reading Sufficiency Act last year after parents were not included in early discussions.

He also believes it helped mobilize educators and like-minded citizens to the ballot box and helped bring attention to flaws in the state’s A through F school grading system.

With so many blog posts and tweets that offer critiques of the public school system and those who lead it, it can be easy to dismiss these online contributors as a pessimistic bunch.

But Miller said his view of the future is optimistic, even though he acknowledges many challenges remain on both a state and national level.

“We constantly have people say, ‘How are we going to hold schools accountable?’ ... And then they put it on us to try and explain how we are going to do it different,” Miller said. “In my mind, what we need to have is a conversation about what it means to have an educated person in the 21st century. We have to identify those skills and then transform schools. Those are big challenges, but I think the collective [#oklaed] community is helping to solve those issues.”