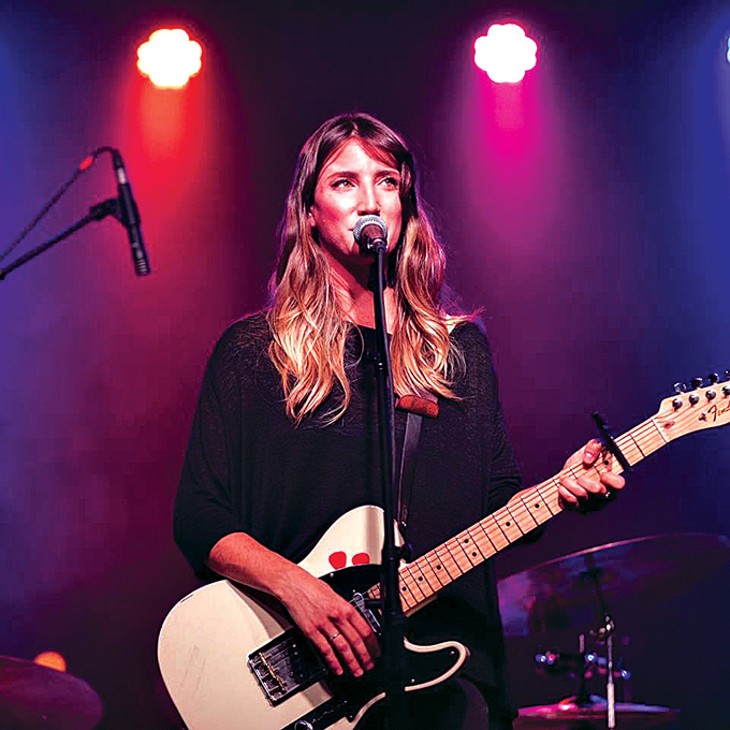 There are parts of our minds and personalities that are put on display for others to see, but that visible portion of a persona does not tell the complete story of who we are as people. Nearly everyone also has internalized dialogue and perceptions that only they know. As well as a person can know someone else, there is always a portion of that person’s personality that can’t be known from the outside.

“It’s kind of like the gray matter in your brain where you just kind of keep certain things to yourself, your pep talks to yourself, just the relationship that you form to get you through life the best possible way you know how,” Cope said of the album’s theme in a recent Oklahoma Gazette interview. “But it’s not a part of your life or personality that you really share with anyone. It’s just embedded in all of us, I think, in a different way.”

Despite a lengthy history in the state’s music scene, this is the first full-length album Cope has released as a solo artist. Where Nobody Goes was released Jan. 26, on Cope’s 30th birthday.

The album’s cover art features Cope in a surreal, double-exposed profile shot taken by photographer Nigel Bland at Stinchcomb Wildlife Refuge near Yukon. Those who keep close tabs on Cope’s career will know that nature is a recurring theme for the artist. Her 2012 solo EP was titled A Deeper Root. One of her most recent bands, now dissolved, was named Elms.

“It’s always been an accidental thing, like my trademark,” she said. “I don’t know; I love the outdoors. I could live in a tent. It’s just a part of me, and I don’t even realize it until I’m done with a project and I’m like, ‘Crap; I used a tree again.’”

Where Nobody Goes was released just two weeks after the self-titled debut album from Vonna Pearl, the experimental folk rock band that features the dual vocals of Cope and Taylor Johnson, known for his work in Wurly Birds.

Johnson also produced and played several instruments for Where Nobody Goes. Cope said she was somewhat hesitant about releasing the two projects so close together, but Johnson did not think it was an issue and she was eager to get her record — which she has worked on in various capacities for the past several years — out from between her ears and into the ears of others.

“I just wanted to get it off my chest, out of my head and into the world to be judged,” she said.

Cope grew up listening to country music stars like Garth Brooks with her older sister Rachel, now a local restaurateur. Her grandparents were Pentecostal and big into worship music. They always had guitars and banjos around the house, and the Cope sisters often played around on them, though they did not really know what they were doing.

Eventually, her sister was given a guitar for her birthday. Cope jokes that she was never good enough to be given her own.

“I was almost always grounded because I was a terrible kid who was really bad at lying,” she said.

Cope would sneak into her sister’s room when she wasn’t around and play her guitar for as long as she could, sometimes for most of the day.

Cope eventually moved from country to artists like Jeff Buckley, Jewel and Garbage. For a while, she formed a band with her sister called The Sirens, which played mostly covers around OKC. Outside of her work as a singer-songwriter, Cope’s band experience has been with an eponymous group that featured band members the artist gathered from a Craigslist ad shortly after moving to OKC from Tulsa and the indie rock quartet Elms.

Vonna Pearl, her current band with Johnson, grew as an extension of his work as producer on Where Nobody Goes. Johnson asked Cope to record a few vocal tracks on some songs he was working on, and the results sounded so good to the duo that they decided to explore the concept deeper with a full group.

“We got so stoked on the idea that we just ran with it,” she said. 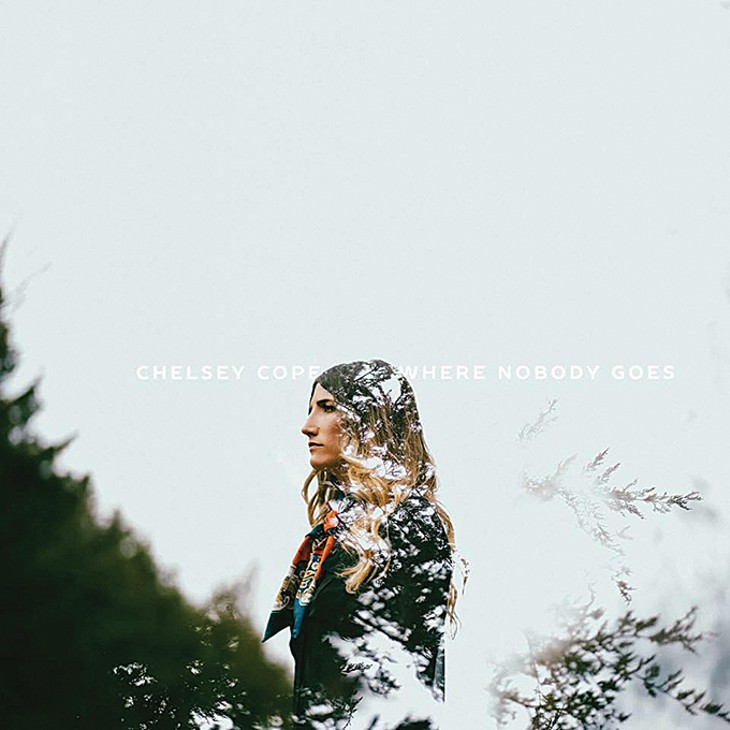 Cope paid for the recording of Where Nobody Goes herself, and she could only take the recording process as far as she could afford at any one time. That extended the length of time it took to complete the album, but it was worth the wait for Cope, who has longed dreamed of putting out a proper full-length.

When the album was finally ready, it felt like a career development that was long overdue.

“When you play with these really talented people and they’re in other bands and they’re releasing things, it really inspires you,” she said. “You’re like, ‘I’m too far along in this business to not have something out there.’”

Where Nobody Goes features polished and generally upbeat instrumentation, with a few more delicate moments. Cope’s lyrics are introspective and straightforward.

Songs like the title track and “Shadows” feature near-danceable grooves and contrast with the more personal moments found on songs like “Blind Eye.” Often, Cope finds a great balance, like on “Loved a Fool,” which couples some of the album’s best lyrics with a lively bridge and entrancing guitar distortions.

One of the album’s best standouts is closer “Monster,” a loud and raw piano ballad that Cope said has become a favorite of many.

Though most often, it is the lyrics that people dissect to find an artist’s headspace at the time of recording, Cope has noticed that the instrumentation on her songs is often just as indicative of her mood.

“It sounds cheesy,” she said, “but the instruments you use and all of that, that’s like an emotion in and of itself, and that often portrays the emotion you were feeling when you wrote the song.”

Cope is planning an official album release show with Husbands and Twiggs for March 24 at Opolis in Norman. She is also in the process of writing a new five-song EP, which she plans to release at the end of this year or early next year.

Recently, she was inspired to increase her productivity.

“I waited a long time to put out stuff, and I just turned 30, so I’m like, ‘Oh my God; I have to pick up the pace,’” she said. “But also, I just really love recording, especially after going through the process of doing this record.”

Cope is also trying to keep herself open to new opportunities. She always plays around with the idea of starting new bands or exploring new sounds. While she has musical influences, Cope said she never tries to directly emulate them.

She has yet to paint herself into a creative corner. While Cope has a lot of experience, it also feels like she is just beginning to embark on a journey through an open field of possibility.