As the pep band played just a few feet away and the small crowd sounded about five times larger in this cramped college gym, Lulu Perry leaned in closer in an attempt to hear her coach during a first-half timeout.

Staring back at Perry was one of women’s basketball’s most decorated icons, a former Olympic gold medal winner and a member of the Basketball Hall of Fame.

“It’s special,” Perry said after the game about having Cheryl Miller as her basketball coach.

Possibly one of the most underrated local sports stories of the past year may be Langston University’s hiring of Miller to coach the Lady Lions. This small historically black university a 30 minute drive north of Oklahoma City raised eyebrows this summer when Miller was announced as the new coach.

The Lady Lions opened the season Friday at Southwestern Christian University, a venue that is much different from the NCAA and professional arenas where Miller has played, coached and worked as a television analyst for TNT.

Langston, who plays in the National Association of Intercollegiate Athletics, won the game 60-57. But after a double-digit lead evaporated and the Lady Lions gave Southwestern numerous chances to tie or take the lead down the stretch, Miller walked off the court thankful for the win, but frustrated that her team seemed to buckle when faced with adversity.

Miller let out an ironic laugh when congratulated on the win. 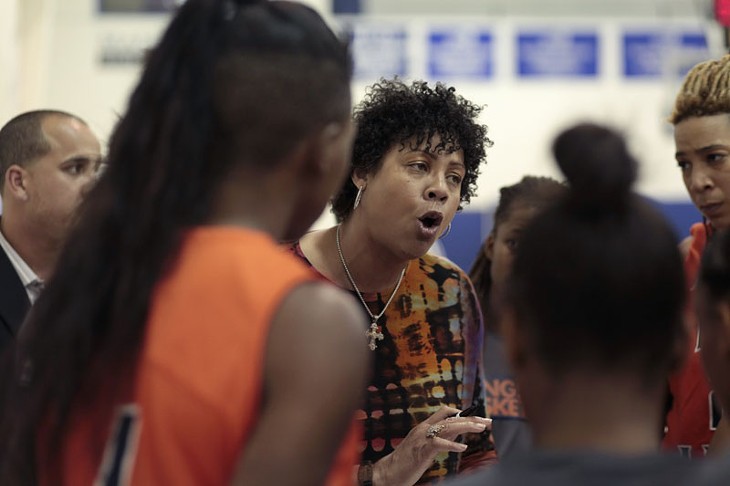 “We'll take it,” Miller said. “But Southwestern outplayed us. We got exposed tonight.”

Miller’s career included a fiery personality that she said was a necessity growing up playing with her two brothers, which includes NBA great Reggie Miller.

“Cheryl was the king of the block and that was over the guys and the girls,” Reggie said in the ESPN documentary “Winning Time.” “She jumped the highest, she played the hardest and she hit the hardest.”

In just one game the Lady Lions appeared to have a bit of their coach’s personality in them, including Perry who out-wrestled the ball from two opposing players on the floor and would slam the court with her hand in celebration after driving into the lane, scoring a basket and picking up the foul.

“I love the game of basketball, so I try to play with as much energy as I can ... as much as the referees let me,” Perry said. “[Miller] pushes us a lot. She allows us to play basketball. That’s what I love most about being here. She allows us to do what we are best at.” 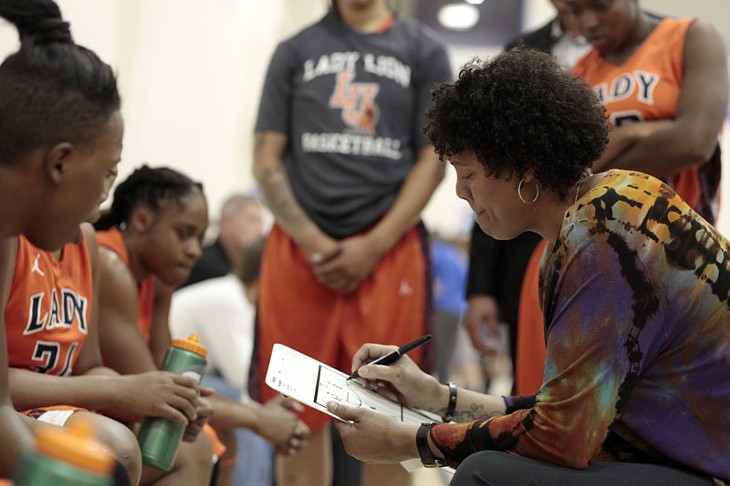 However, Miller said that personality in some of her players existed before her arrival.

“That’s their makeup, too,” Miller said. “It just so happens that they’ve got a very wiry and fiery coach and some of them play like that.”

During its three-point win Langston showed speed, size and physicality, even if it wasn’t as consistent as Miller would have liked. Combine that talent with the presence of an iconic coach and the expectations are high this year for the Lady Lions.

“It was fun,” Miller said about being back on the court.

Miller is used to the questions about why she chose Langston, but always calls it a “great fit” and believes there is a chance to raise the profile of the program to a national level.

“I love the location, love the people, love the excitement; people are excited about this program,” Miller said. “And they should be. We just have a lot of work to do.”