There’s no one way to DIY, but Oklahoma hard rock outfit Anti-Mortem found the most quintessentially Oklahoma way to throw its own shows in the earliest days of the band. 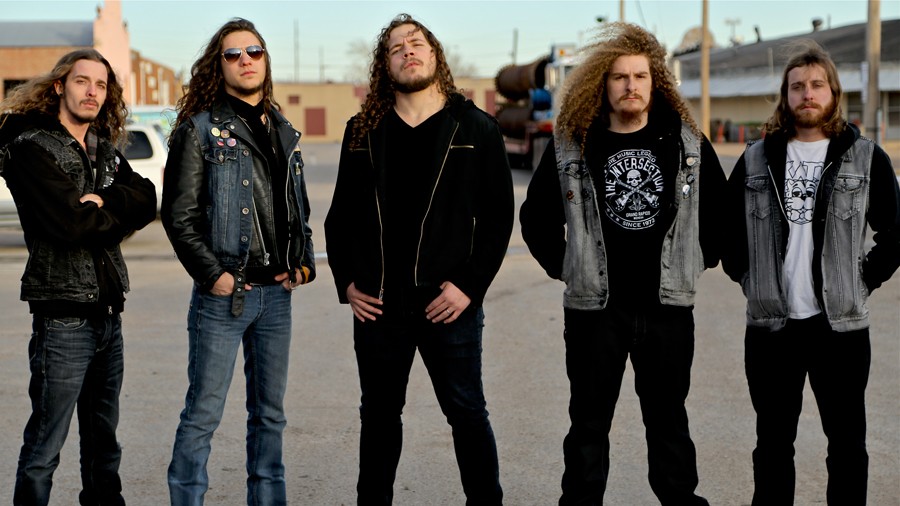 There’s no one way to DIY, but Oklahoma hard rock outfit Anti-Mortem found the most quintessentially Oklahoma way to throw its own shows in the earliest days of the band.

After blowing a few fuses in guitarist Zain Smith’s parents’ house during rehearsals, they were promptly moved to the old barn that his dad had previously used as an auto shop. It didn’t take many practices before someone suggested treating the barn as a makeshift concert venue. Soon after, Anti-Mortem was playing its very first live shows.

But these weren’t small, quiet gatherings of a handful of their closest friends. The shows were massive music parties that attracted hundreds of concertgoers with nothing but the promise of loud music and good times.

“That shows you all you need to know about Oklahoma,” singer Larado Romo said. “We had total strangers there, everyone from middle schoolers to middle-aged men. It was wild. Our very first shows were playing to several hundred people, so we never really had to worry about stage fright.”

It’s not often that you refer to a group of barely twenty-somethings as Oklahoma music scene veterans, but that’s exactly what the makeup of Anti-Mortem — Smith, Larado, brother and guitarist Nevada Romo, bassist Corey Henderson and drummer Levi Dickerson — are. Those barn gigs first started nearly a decade ago, Larado just barely a teenager and the rest not much older. The early start had its advantages.

The edgy outfit paid its dues just as most of its brethren are starting out. The guys are thoroughly enjoying the spoils of those long hours dedicated to refining their brand of metal-tinted hard rock, mostly in the form of opening slots for bands like Black Label Society and Killswitch Engage, while a record deal for their debut album, New Southern, is being celebrated with Friday’s release show at Diamond Ballroom.

Anti-Mortem has the chance to become one of the few headliner-status hard-rock bands that Oklahoma has short of Hinder, and New Southern has the band primed for just that. Some finishing touches from sought-after modern-rock producer Bob Marlette (Rob Zombie, Seether, Filter) has helped the group find national radio play with its single “100% Pure American Rage.”

“We were stuck in our own sound,” Larado said. “And to have someone who was not us make suggestions, it really helped out a lot of the songs.”

More national tours, maybe even international, will follow New Southern’s release, as will an appearance at the United Kingdom’s Download Festival alongside the likes of Avenged Sevenfold and Linkin Park. And Anti-Mortem has barn parties in its native Chickasha to thank for all of it.

“I’d call it surreal, but we’ve worked a long time for this,” Larado said. “Everything we wanted to do on this record we did. It was a perfect representation of who we are, who we were and where we come from.”