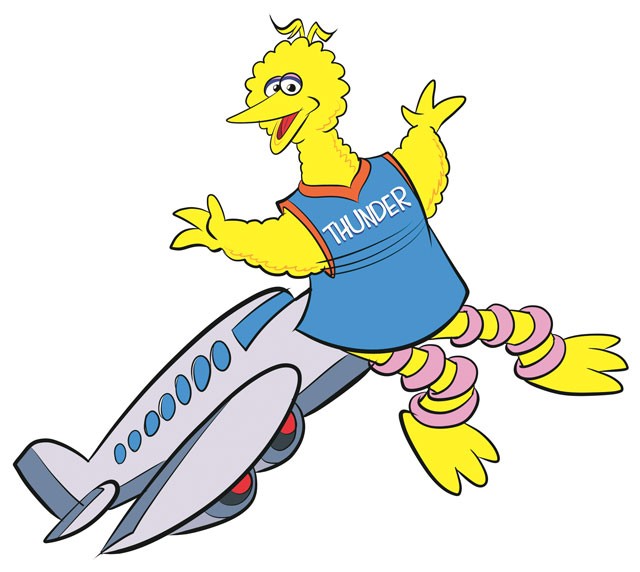 When the Oklahoma City Thunder’s charter jet to Chicago landed late last month with its nose heavily dented from an apparent impact, center Steven Adams wasted no time recruiting the biggest minds in science for the case, tweeting a picture of the incident to the official accounts of Bill Nye, Neil deGrasse Tyson and NASA.

“We had a rough flight to say the least,” Adams wrote on Twitter with a picture of the cratered plane. “What caused this?”

None of the science authorities Adams originally reached out to have so far tried to explain the damage. Perhaps he should have also enlisted the help of The X-Files’ Agents Mulder and Scully, because it seems like a greater truth could be out there.

The official explanation offered by Delta Airlines is that the large dent was caused by a midair collision with a bird. Have they seen the size of this dent? Was the bird made out of granite?

We suppose the important thing is that everyone on the plane was OK and that the aircraft apparently landed safely. But forward Carmelo Anthony also took to Twitter apparently seeking greater clarification.

“What possibly could we have hit in the SKY at this time of night?” Anthony wrote.

Good question, ’Melo. What kind of bird leaves its home in the wee hours of the morning for a joy flight 30,000 feet in the air? Not a respectable one, that’s for sure. The feckless fowl was probably drunk — or worse, texting on its phone.

Even Nick Collison seemed somewhat skeptical about the bird explanation. According to The Weather Channel, Collison was watching Netflix’s Stranger Things at the time of the impact, which caused a relatively minor disturbance in the plane’s cabin.

“Must’ve been a pretty big bird — a Pterodactyl maybe,” he said.

Or perhaps a demogorgon, Nick. Any fan of Stranger Things should know those things are up to no good.