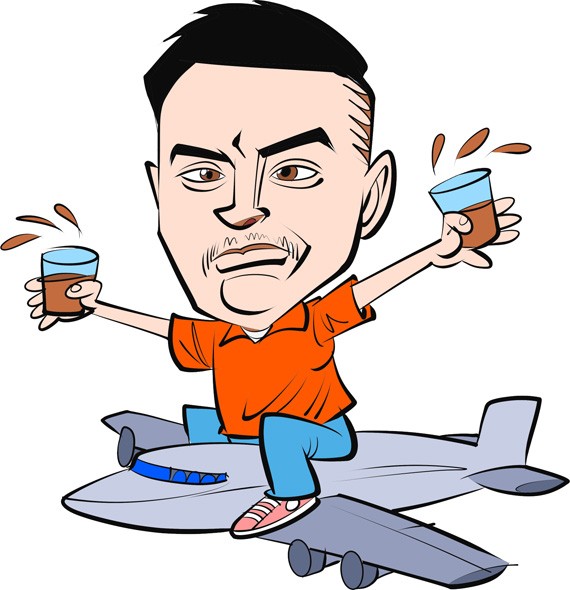 In Oklahoma City, we tend to arrest drunk people on the ground. They’ve had too much fun in Classen Curve, are out for a big night downtown or have put away too many and wandered out of the alcohol zone with a drink in their hands at a festival. They usually don’t come from the sky.

That all changed recently when Oklahoma City Police were called to Will Rogers World Airport to arrest a belligerent drunk on a red-eye flight traveling from Salt Lake City, Utah, to Orlando, Florida.

USA Today and KOCO.com reported that the Delta Airlines flight 2603 made an emergency landing at the airport after 29-year-old Derek Maas became aggressive and flight crew had to restrain him with zip ties. After being denied a drink but eventually receiving one, USA Today reported that he became violent and headbutted a male flight attendant. KOCO posted bodycam video footage of OKC police boarding the plane and detaining Maas, who was bleeding from his ear.

OKC police arrested Maas, who didn’t cause a fuss while being handcuffed and escorted from the plane, and charged him with public drunkenness. KOCO reported that Maas told police he drank five shots of whiskey before boarding the plane and asked police where he was after de-boarding the Boeing 757-200.

The last time Chicken-Fried News reporters had five shots of whiskey, we spent a lot of the night puking, woke up with inexplicable injuries and didn’t feel normal again for days. We don’t recommend it, especially if you’re going to be in a confined space, surrounded by strangers in a tin can 35,000 feet in the air.