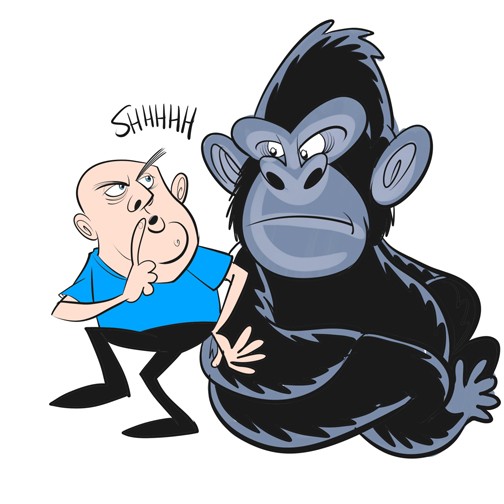 Most people assume zoo animals don’t need their personal attention and zookeepers, veterinarians and scientists who work there take pretty good care of them in most cases. Timothy Scott isn’t most people.

Police spotted Scott walking away from The Oklahoma City Zoo after hours June 23 and had a tough time figuring out what exactly he was doing there.

KFOR.com reported that Scott gave officers a fake name, resisted arrest and told them they couldn’t touch him. Police eventually used pepper spray to get Scott to comply.

“I am not listening to your orders. You cannot touch me,” Scott reportedly told officers, KOCO.com reported.

Security guards found Scott by the main office of the zoo around 8:30 p.m., according to KOCO.com.

Scott said he was “checking on the animals” because he thought someone was harming them.

Something tells us he probably wasn’t making sure the great apes, Asian elephants, lions and lizards were safely in their enclosed habitats, snuggled in for the night though.

Unfortunately, his love for them got him permanently banned from the zoo’s property and he now faces criminal charges.