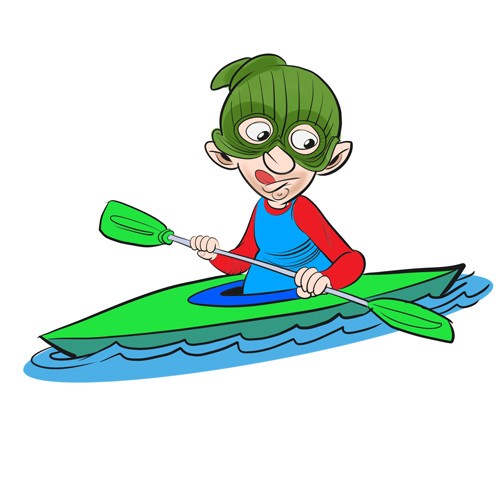 Criminals can kayak, but they can’t hide.

Georgia police launched a manhunt earlier this month after a suspect, 38-year-old Cody Magee, disappeared one day before a court date on firearm and child sexual abuse charges.

Police concluded Magee staged his disappearance after finding his kayak washed up on a Tybee Island, Georgia, beach, according to Savannah Morning News reports. His wife also called police to report him missing when he didn’t return from the trip, reported The Associated Press. A two-day land and sea search turned up nothing.

But Magee wasn’t lost at sea. He was afloat in Oklahoma City, where alert police pulled him over after running a routine license plate check and discovering he was reported missing. Officers also discovered a handgun and rifle in his automobile, AP reported. Magee was taken to a local hospital.

Savannah police said they plan to extradite him and requested he be hospitalized because he was a “danger to himself,” according to a police news release. He also was a danger to children, and we’re relieved he was arrested.

If Magee thought he could just “go away” for a while until the outrage of his alleged prior crimes quieted down a bit, well, he inadvertently discovered the most effective way to do it.