Chicken-Fried News: Beat me up, Scotty 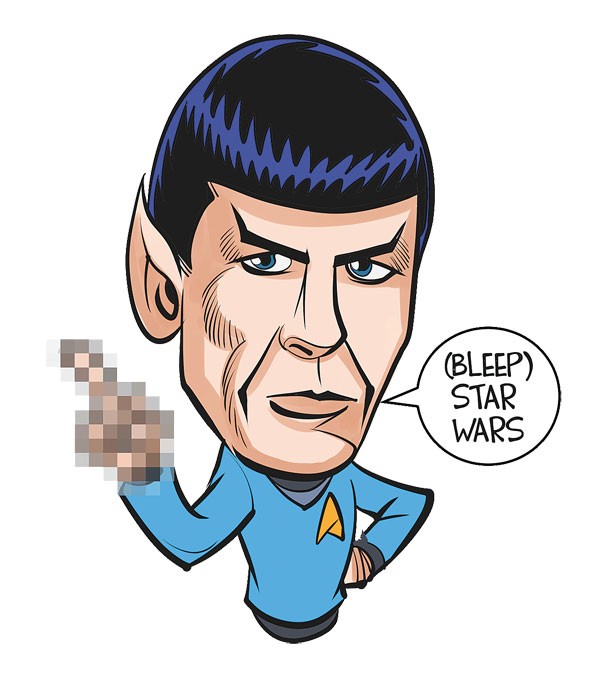 Trekkies insist life is better aboard the Starship Enterprise while wannabe Jedi hone their lightsaber skills and pretend the prequels never happened.

That fact didn’t stop an area man from coming to blows over the classic Star Wars versus Star Trek debate July 1.

According to the news website, Whyte was in the living room of an apartment with another man when the discussion turned serious — the argument quickly turned violent after they disagreed about which sci-fi series was better. Whyte shoved the man to the ground and later began choking him.

Oklahoma City officers arrested Whyte, who remains in custody. His hearing is scheduled for July 27, according to ABC News. No word yet on whether he will share his side of the debate with the court at that time.

But the court of Chicken-Fried News reporters, like everyone else, knows that Star Wars wins for its exceptional soundtrack and special effects. And we won’t even mention the time Chewie was arrested for creating Wookieleaks.