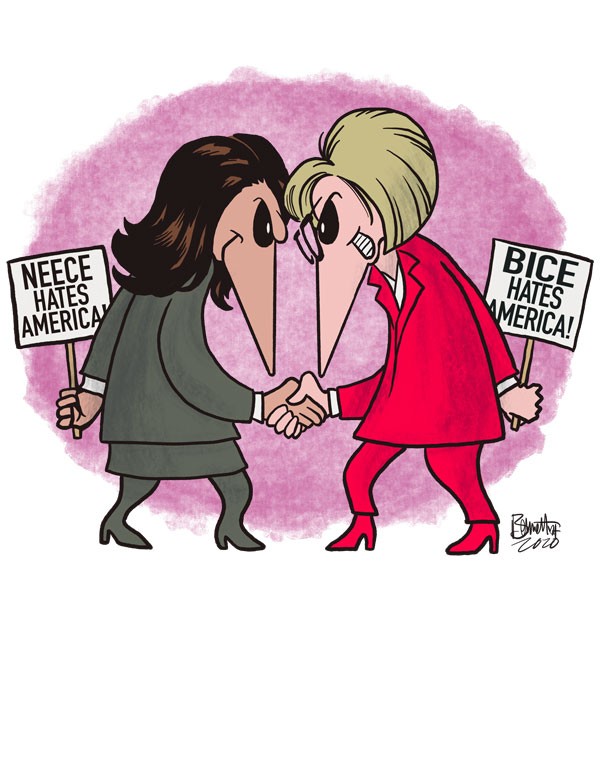 With less than two months’ time before the November elections, some of the best summer viewing came in the form of utterly absurd campaign ads between state Sen. Stephanie Bice (R-Oklahoma City) and Terry Neese. Neese’s ads, in which she reportedly outspent Bice by more than $1 million, included hilarious red/blue glasses and blouses quick cuts and, inexplicably, a disembodied hand pulling a revolver from a vehicle’s glove box with the words “there isn’t anybody that can stop us” spoken over the image. Saving the best for last, Neese closed the ad of herself with a shot of herself wearing a Trump “Keep America Great” hat. In what can only hopefully be a portent of things to come, Neese fell flat on her face, losing by more than 5 points to Bice, twangy guitar be damned. But wait, there’s more! In August, the Congressional Leadership Fund launched its attack ads against Rep. Kendra Horn (D-Oklahoma City), comparing her political career to … cheesy lip balm and blue ketchup? Horn was also billed as a member of Pelosi and Her Socialist Squad, who will be releasing their debut album this year as well as taking a whopping $500,000 from special interest groups (but pay no attention to the $2.5 million the dark money conservative PAC spent on attacking Democratic House incumbents in seven states). No matter who loses this fall, it is apparent that the real winner is the advertising and marketing company responsible for these ad campaigns. They’ll surely be laughing all the way to the ballot box.