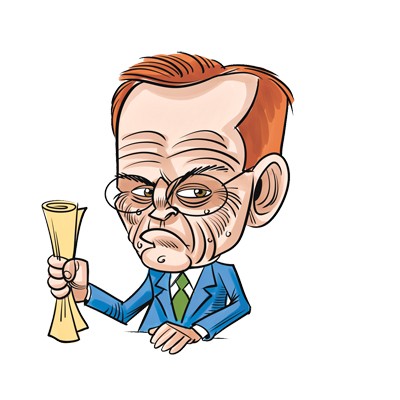 Most elderly men just sit around on their 81st birthdays, silently disapproving of President Obama’s environmental and energy policies.

But not Sen. Jim “Two Mike Gundys Plus One” Inhofe, who spent his special day on Earth celebrating an official Senate disapproval of President Obama’s environmental and energy policies.

Inhofe, a climate change denier who, somehow, also is chairman of the U.S. Senate Committee on Environment and Public Works, danced the Charleston as he counted a narrow victory on Senate Joint resolutions 23 and 24, which offered a toothless rebuke to the President’s carbon mandate.

“It brings me great joy for the Senate to come together in a majority, bipartisan vote to disapprove of this economically disastrous carbon mandate from the administration,” Inhofe said. “In this country, it is Congress who writes the laws, not EPA.”

No word on if he took a nap right after the vote, took up scrapbooking or joined a Pat Boone tribute band.