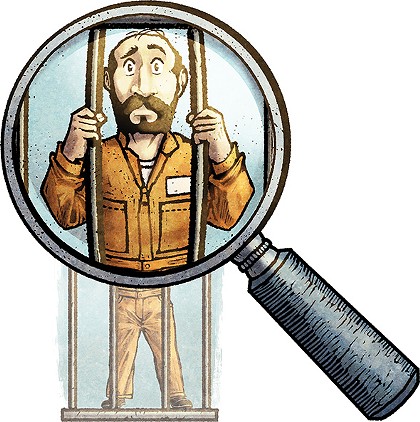 With 1,079 of every 100,000 people behind bars, according to a study released by Prison Policy Initiative last year, Oklahoma has the highest incarceration rate in the U.S., and even under the most draconian application of state laws, some of those people might not even belong there.

Earlier this month, Judge Tom Price ordered Oklahoma County Detention Center to check all of its inmates after discovering that Charles E. Lemons had been detained for nearly eight months without being arraigned. This happened despite a county court policy mandating defendants appear before a judge to be formally notified of charges within 10 days of being taken into custody.

“I was thinking, ‘They forgot me,’” Lemons, who was arrested in July for failing to register as a sex offender, told The Oklahoman after his release. “I really didn’t know what to do.”

"Under a normal circumstance, what would happen is someone would make a request and say, 'Hey, I've been here a certain amount of time and I see I do not have a court date set,'” Opgrande told KOCO. “Then, that would've alerted us immediately to find out, 'OK. Why does he not have a court date right now?'"

Opgrande went on to say that Lemons, reportedly homeless, “was actually going to wait until it got warmer out” before he alerted anyone. Whether you blame administrative oversight or someone gaming the system in just about the saddest possible way, it is a mix-up worthy of an episode of Seinfeld scripted by Franz Kafka.