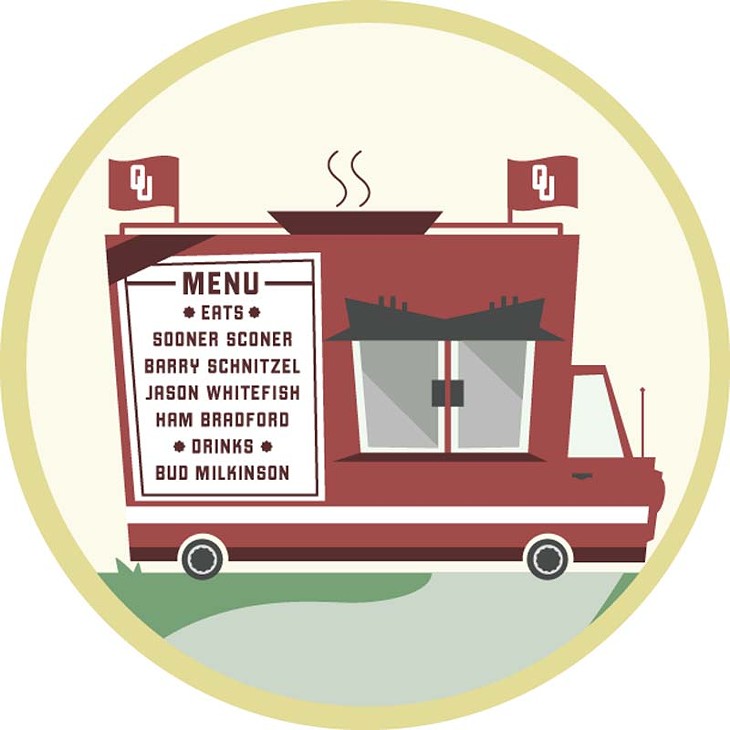 This year’s OU football team has wheels, and we’re not talking about speed.

In an unprecedentedly trendy maneuver, the OU athletics department has employed a food truck — you know, a restaurant for hipsters — to serve its athletes with choice cuisine. The new dining option comes as a result of a new NCAA rule permitting all athletes (not just football) to receive unlimited snacks around the clock.

“We don’t have facilities in all the places they would need to be, so the idea is to have a mobile fueling station and perhaps some additional trailers that have refrigeration capabilities that can operate as a prep kitchen of sorts,” said OU Athletic Director Joe Castiglione.

Castiglione estimated the university will spend approximately $1 million to diversify its food selection, which got us thinking about potential menu offerings.

For breakfast, there’s The Sooner Sconer; Barry Schnitzel for a midday protein boost; Jason Whitefish for omega-3 fatty acids; and the Boomer Macarooner for dessert (if there’s room). Our personal favorite, though, is the Ham Bradford, a crimson-and-creamy take on an American classic: ham-and-cheese. And if it were up to us, there would be only one beverage option available: Bud Milkinson.

Heed our advice, Joe. If that doesn’t whip your team right into National Championship shape, nothing will.