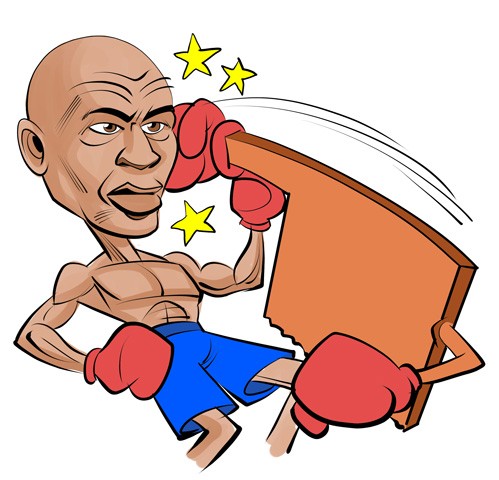 Where were you Jan. 17, 2018? Were you at the Oklahoma City Thunder’s home game against the Los Angeles Lakers, a game attended by celebrity millionaire boxing champion Floyd Mayweather? Were you at a quasi-charity dinner party at Broadway 10 Bar & Chophouse for the benefit of a sub branch of the Amateur Athletic Union (AAU), an event also attended by Mayweather? Or maybe you were just taking your dog for a leisurely walk in the park.

It does not matter what you were doing that day or how close in proximity you came to the professionally undefeated boxer and resident of Las Vegas, Nevada, with no known ties to the Sooner State. Because as long as you were doing it in Oklahoma, you were doing it on a day deemed by the governor’s office as a statewide celebration of Mayweather.

Earlier on Jan. 17, the office of Gov. Mary Fallin issued an official citation honoring Mayweather that day. What dumbfounded many Oklahomans about the decision, other than the fact that the boxer has utterly no local connection, is that Mayweather has been accused of domestic violence against women on numerous occasions. He’s not exactly a figure that should be championed on a statewide level.

In a video interview with NewsOK.com, Fallin responded to the wide backlash by saying the citation was made, in part, at the request of Mayweather’s management in honor of his charity efforts in OKC that night. His AAU benefit bash donated an undisclosed portion of proceeds to the athletic organization.

Usually the only type of May weather that gets celebrated around here is the type that did not include any harmful tornados. Oklahoma should try to keep it that way.

Fallin emphasized with NewsOK that the honor was a citation, not the more official proclamation, which requires legislative approval — as if it should be comforting to know an alleged domestic abuser only received a half honor from the state.

In the interview, Fallin sounded as if she regretted her office’s citation.

“We try to have several eyes look upon it to make sure we don’t have situations like this happen,” she said. “In this case, it didn’t work quite the way I would hope it would.”

No, it certainly did not. Oklahoma was sucker-punched by the champ.