Chicken-Fried News: Boy out of Tulsa 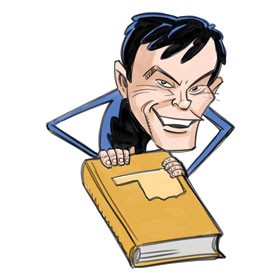 During a monologue, he detailed the surreal life he leads as a one-time resident of Tulsa.

“I grew up in Tulsa, Oklahoma, like an idiot in some book,” he said.

The actor-comedian stars in the film The Skeleton Twins and now writes for South Park. He acknowledged that most Okies don’t get opportunities to add things like that to their resumes.

Hinton, an award-winning Tulsa author, did create memorable, intelligent characters in her classic novels Rumble Fish and The Outsiders.