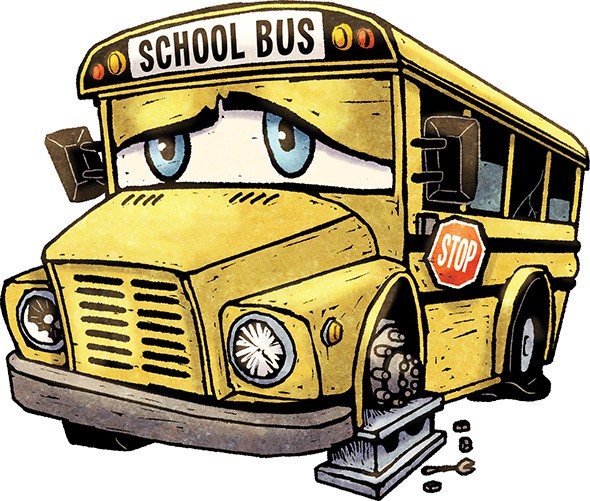 Oklahoma City Public Schools faces quite a number of challenges. There are teacher shortages, big class sizes, outdated facilities, upcoming school closures — Chicken-Fried News could keep going, but we would be here all week.

As if there were not enough challenges to overcome, the district also has an ongoing issue with buses. Since 2003, OKCPS has spent $18 million on new buses and transportation, according to Fox 25 News.

For about 16 years, the district has bought and/or sold new buses every three to four years. The first fleet of 160 buses was part of MAPS for Kids. They were bought for about $60,000 each through the MAPS sales tax, but more than 100 of them were sold for about $650; our calculators say that is only 1 percent of the purchase price.

Fox 25 interviewed an anonymous whistleblower and former lead mechanic at the OKCPS bus garage who said the buses would have been easy to maintain if they were properly taken care of. He said OKCPS told mechanics to “leave them alone” and claims district employees penciled in safety inspections.

District officials declined an interview request by Fox, which, as public relations professionals know, is always a great idea — particularly for an organization that is working to rebrand their image.

“I think they wanted to get new buses,” he told Fox 25. “They didn’t want to mess with them because they knew new buses were coming.”

OKCPS bought 42 new buses in 2009 through property taxes. The district retired 13 of those buses early, and according to Fox 25, many had only been in service for about five years.

Though the district did not agree to an interview, they sent the station a statement calling the whistleblower a “disgruntled employee” — another great PR move — and confirmed they had to sell the buses at auction because the mechanical repairs were too costly.

Anyway, the allegedly disgruntled whistleblower told Fox 25 that he just wanted the public to know how unsafe the buses are because they’re not being taken care of.  Too bad the buses aren’t riding OKCPS superintendent Sean McDaniel’s Pathway to Greatness.