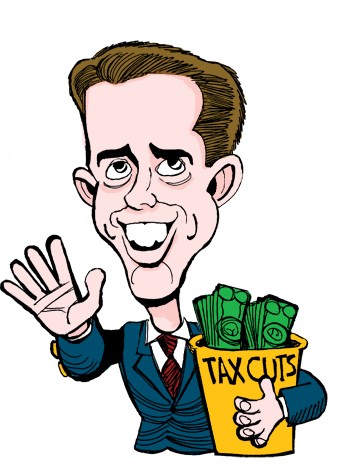 Facing the reality of a penny-pinching fiscal year, even some Republicans are rethinking a reduction to the state income tax.

Senate Finance Committee Chairman Mike Mazzei recently proposed delaying the 0.25 percent reduction to the rate that was approved for 2016 two years ago by lawmakers. Mazzei, R-Tulsa, makes his proposal at a time the state expects a budget shortfall as high as $1 billion. Mazzei’s bill also would prevent these types of tax breaks at a time when revenue failure has been declared.

Mazzei might be comfortable throwing around the idea of a delay to the tax break, but are any of his pro-business, small-government colleagues willing to play catch?

Maybe not. According to a Tulsa World article, rescinding the less than 1 percent reduction for this year could save the state as much $150 million in the new fiscal year.

That kind of money could buy a lot of balls and mitts. Or teachers. Or corrections officers. Or grants.