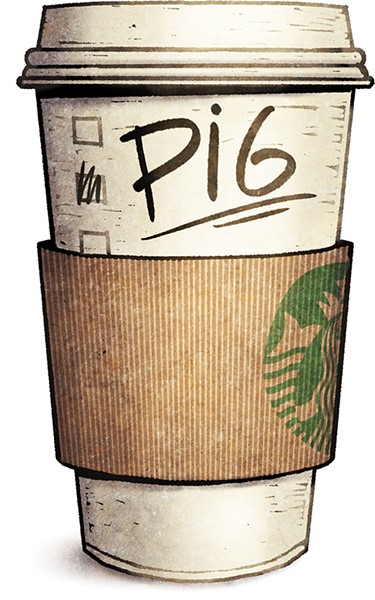 The day after Thanksgiving, a story began circulating that was like catnip for the Blue Lives Matter crowd. A Kiefer Police Department officer stopped in uniform at the Starbucks in Glenpool to provide a holiday pick-me-up for dispatcher workers, but instead of misspelling his name, an employee wrote “Pig” on the order.

Police chief Johnny O’Mara posted a photo of the coffee cup on Facebook, and less than 24 hours later, he was on Fox News to speak about the incident, which has taken on a life of its own. In the age of “cancel culture,” Starbucks reacted quickly, terminating the store’s manager, even though she claims she’s not the one who wrote the derogatory name on the cup, according to KTUL.

O’Mara called for compassion during the Fox News broadcast, asking Starbucks to reconsider its decision to discipline the employee.

“We are hoping that we can take this moment where a mistake was made and turn it into something that highlights that ability to be civil with one another, that’s something that’s missing in a lot of society right now,” O’Mara said during the interview.

The appeal for civility is great and all, but does that sound like a guy who is ashamed of something? Especially since his initial Facebook post was deleted? It turns out O’Mara’s proverbial milkshake duck arrived in the form of a Twitter user claiming to be his estranged daughter @MissOMara — who has used the account since 2011.

“This is my father and I’d like to say that he is absolutely a pig and I’d like to thank the brave men and women from Starbucks for their service,” the account wrote before continuing, “My father has 0 business being a police officer. He was blatantly, proudly racist when I was a kid. Said things I would never repeat. He treats women like dogs, including his own daughter.”