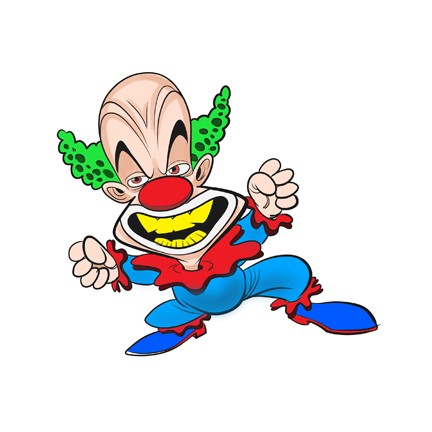 The clown craze sweeping the planet seems to be having almost no impact on local residents.

Even those connected to clowns in some way don’t think of it as anything more than a mild annoyance.

News9.com reported that local retailer Party Galaxy isn’t buying into the fear and will continue selling clown masks. News9.com also reported that most sales are to kids and teenagers looking for an innocent joke.

“We have always sold clown,” Party Galaxy employee Colette Carter recently told News9.com. “We have never had any issues with them. No one has complained to us about it.”

In fact, all the negativity also really bugs longtime clowns.

Even horror author Stephen King, the creator of Pennywise the Clown, the antagonist in It and the most terrifying clown in recent memory, is over it and knows when to stop.

“I have a button that says CAN’T SLEEP, CLOWNS WILL EAT ME,” he tweeted Sept. 9, almost a month after the clown buzz started. “Probably not true. But what if it was? What if they’re just waiting?”

He definitely changed his tune in October — probably after all his gullible relatives on Facebook started losing their minds.

“Hey, guys, time to cool the clown hysteria — most of ’em are good, cheer up the kiddies, make people laugh,” he tweeted Oct. 3.

If only everyone else on social media knew when to stop.