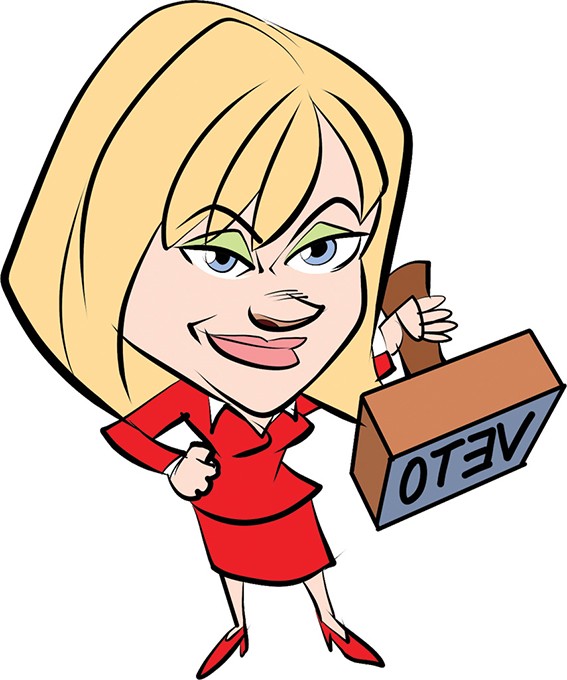 Oh my! Gov. Mary Fallin is in hot water again with the state’s Native American communities. This time, it has nothing to do with daughter Christina’s photos in a red Plains headdress or mimicking a war dance on the 2014 Norman Music Festival stage.

In early May, Fallin vetoed House Bill 2661, proposed by Rep. Chuck Hoskin and Sen. John Sparks, who are both Cherokee citizens, which would have established Oklahoma Native American Day on the second Monday in October.

Since 1937, the second Monday in October has been Columbus Day. In recent decades, natives and non-natives alike have debated whether Columbus, the man responsible for beginning the New World genocide, should be celebrated.

As NewsOK reports, HB2661 would not have repealed Columbus Day but would have added another holiday to the calendar so Oklahomans could choose their holiday.

Fallin, in her veto message, said “combining a new Native American Day designation with the current Columbus Day holiday could be viewed as an intentional attempt to diminish the long-standing support of November being proclaimed annually as Native American Heritage Month in Oklahoma and the third Monday in November as Oklahoma Native American Day.”

Fallin’s decision and her explanation were not supported by Hoskin, who told NewsOK that HB2661’s veto is “a slap in the face to the 38 federally recognized tribal governments in Oklahoma.”

Not just a missed opportunity. She used veto power, which is quite a statement on Fallin in the waning days of her administration.