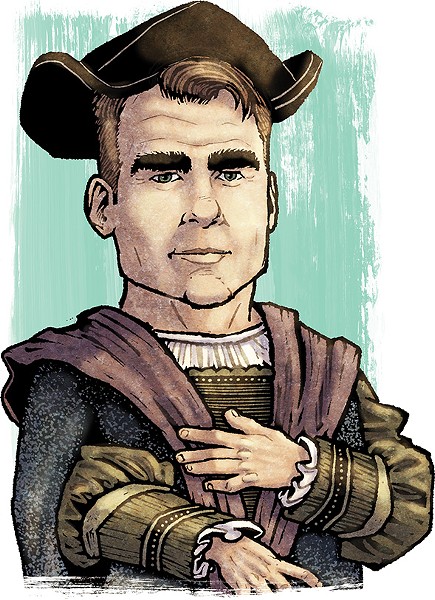 Last week, Gov. Kevin Stitt signed a bill into law that merges Native American Day and Columbus Day into one holiday, which is like honoring vegan awareness and slaughterhouse operators at the same time.

Stitt, who is a member of Cherokee Nation and the only governor in the country who is a recognized member of a Native American tribe, told Associated Press, “I don’t see any downside to it at all. It just gives us one opportunity to celebrate Columbus, but also indigenous people here in America.”

Stitt’s action is an about-face from former Gov. Mary Fallin, who vetoed a similar bill last year, saying a singular holiday “could be viewed as an intentional attempt to diminish” support for national Native American Heritage Month in November.

Inter-Tribal Council of the Five Civilized Tribes urged support of the bill while Chickasaw Nation and Cherokee Nation officials praised the move for its recognition of Native American history.

The decision comes as other states, including New Mexico earlier in April, have replaced Columbus Day entirely. The second Monday in October remains a bank holiday, but who are the people using the day to passionately celebrate Christopher Columbus?

Are there people waving pennants that say “genocide” while “well, actually”-ing people on the street? It is pretty Eurocentric to think that Columbus “discovered” a “new world” where millions of people already lived. Besides, most people know that Vikings expeditions landed on the coast of New England hundreds of years before Columbus, and there is significant evidence to suggest that West African explorers sailed to Central America centuries prior to the Norse expeditions.