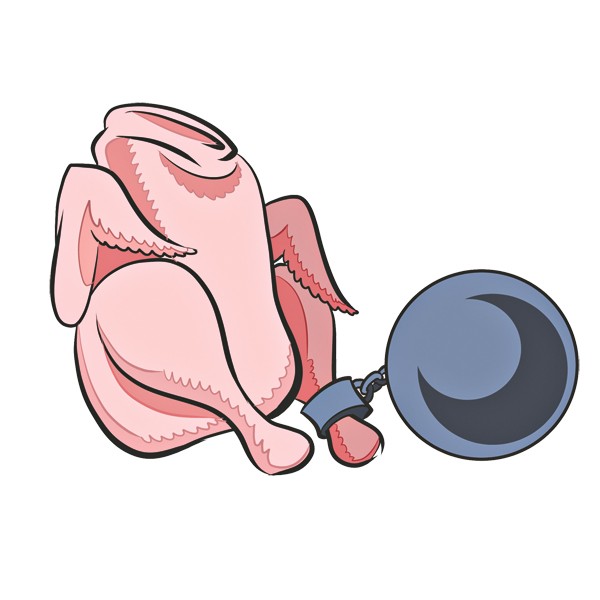 Do you enjoy Popeye’s $5 box when it comes around? Or do you like to take advantage of falling chicken prices at the grocery store?

It turns out that one of the ways giant chicken suppliers are able to cut costs is through the hard labor of Oklahomans looking to avoid jail time and constitutionally questionable practices.

An investigation by Reveal looks at the Christian Alcoholics & Addicts in Recovery [CAAIR] facility located in Delaware County, which houses about 280 men a year and partners with an Arkansas chicken processing plant and other factories across the region.

CAAIR was formed in part by Simmons Food Inc. after the company had trouble staffing its late-night shifts spent sorting and stacking frozen chicken parts for some of the country’s largest restaurants and retailers including Walmart, KFC and Popeye’s Louisiana Chicken, according to Reveal.

Those working through CAAIR are not paid for their hard labor; rather, they get bunk beds, meals and Alcoholics and Narcotics Anonymous counseling. Judges across Oklahoma send those facing drug charges to CAAIR. When Oklahoma established its drug court 20 years ago, it added the stipulation that treatment must be certified by the state.

CAAIR is uncertified by the state but has become an option because residential treatment is expensive and in short supply. Men are working difficult jobs without pay. The 13th amendment bans slavery and involuntary servitude unless a person has been convicted of a felony. The men in CAAIR have not been convicted of crimes, and many have their cases dismissed.

On the surface, the program seems to be in violation of both the United States Constitution and state law, but Simmons has been able to cut its full-time work force and employ men from CAAIR without having to pay workers compensation insurance or payroll taxes. CAAIR has brought in $11 million in revenue since 2010, according to Reveal.

Many of the of the problems that led to the vacuum that created a shortage for licensed and safe drug treatment come from a lack of funding from the state. But we know how to fix that! Just cut the oil tax again. That sounds like a good idea.