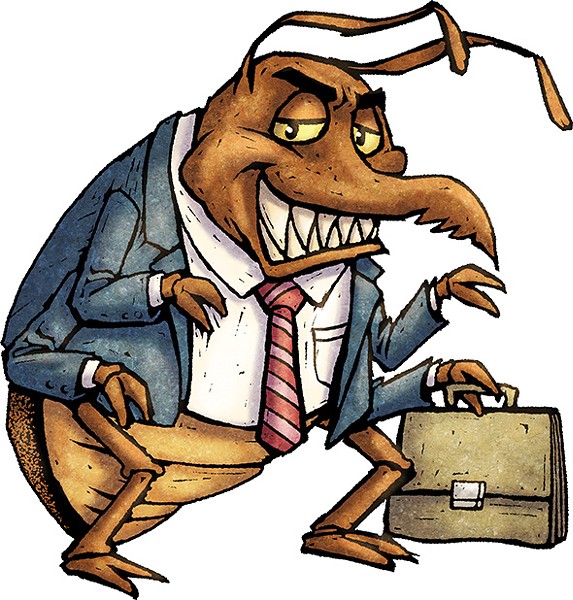 Bedbugs are notoriously hard to eliminate when an infestation becomes apparent. They can live for more than a year without food, during which time they can reproduce more than four generations of new pests. In order to clear an infestation, you have to kill every bedbug; that’s why most people just move or take out the trusty family flamethrower to escape their tiny clutches.

Hotel rooms and rental properties with deadbeat landlords aren’t the only places that are impacted by bedbugs. Last week, the Rogers County courthouse, which is just outside Tulsa, had to shut down for an entire day after a lawyer brought bedbugs inside a courtroom during a morning docket, according to Tulsa World.

Sheriff Scott Walton told the newspaper that when the lawyer laid his coat over some files, “bedbugs fell out” when he moved his coat. The courthouse was closed at noon and re-opened the next morning after exterminators were called the spray the area.

Despite a Facebook post from the courthouse describing a “confirmed case of bedbugs,” a county commissioner told Tulsa World that the pests were never actually confirmed.

That’s exactly the kind of statement Chicken-Fried News expects from an official who does not want to give an unprepared lawyer or scared defendant any ideas on how to delay their court date. It might be the next “call in a bomb threat” when a student didn’t properly study for a test. Can you imagine being on jury duty only to have it delayed another day by some bedbugs that might or might not have actually existed?

Either way, we applaud the county for taking caution, even if it likely meant some taxpayer money. It’s better than burning down the entire courthouse.