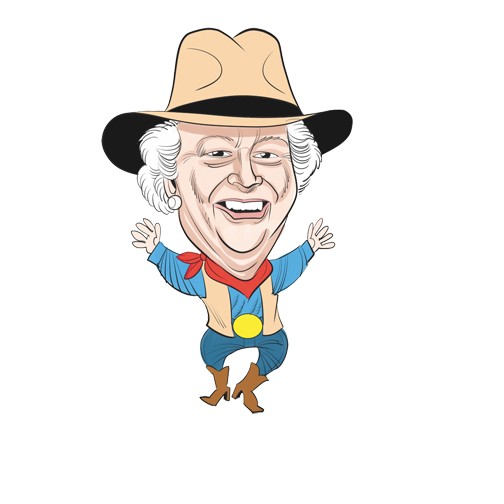 It’s also the namesake of the Queen of England’s favorite song.

BBC Radio 2 celebrated Queen Elizabeth II’s 90th birthday with the program Our Queen: 90 Musical Years and revealed her 10 favorite songs. At the top of the list is Rodgers and Hammerstein’s classic “Oklahoma!” from the musical of the same name.

Other favorite tunes include “Anything You Can Do” from the musical Annie Get Your Gun and Irving Berlin’s “Cheek to Cheek,” performed by Fred Astaire.

The old gal “enjoys a rousing singsong,” said radio show host Eve Pollard. But we at Chicken-Fried News wonder if her choice of our state song might reveal some leftover colonial leanings. After all, its lyrics say, “We know we belong to the land, and the land we belong to is grand.”

If America used to be the property of England, including the land to which we belong, perhaps Elizabeth the Second — by the Grace of God of the United Kingdom of Great Britain and Northern Ireland and of Her other Realms and Territories Queen, Head of the Commonwealth, Defender of the Faith — would like to add Ruler of the Okies to her extensive list of titles.