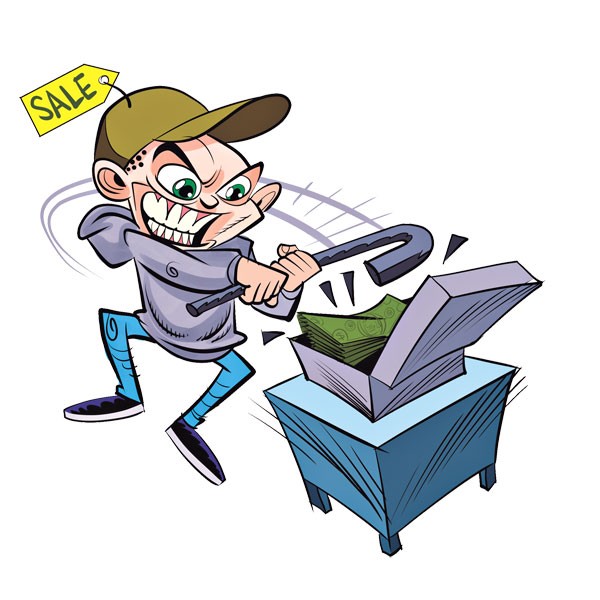 The popularity of big-box stores is understandable even if their buying/selling power does force some small businesses to close. Who doesn’t appreciate stopping by just one store for laundry detergent and the latest blockbuster movie to come to DVD — or picking up a crowbar and a wad of cash — in the same trip?

One Oklahoma City thief saw the convenience in targeting one of the metro’s Walmart Supercenters.

The Oklahoma City Police Department posted a video of the suspect taking a crowbar from a shelf and then using it to break into the cash register in the automotive section. We at Chicken-Fried News don’t consider ourselves to be detectives, but we’ll take a wild guess and assume he found the crowbar in the home improvement section, next to the hammers and nails.

In any case, KFOR.com reported that the unidentified bandit made off with just under $1,195 in less than 30 seconds.

The amazing thing is the department was unmanned and no customers or employees saw anything as the suspect perpetrated the alleged crime about 8:30 p.m. However, Walmart surveillance cameras caught it all on tape — or digital video files.

“If an area is not manned, it can be easy to walk in there and simply take something and walk out,” Oklahoma City Police Department assistant public information officer MSgt. Gary Knight said in a media briefing. “I don’t know that he realized that there were so many cameras there that captured images of him.”

Knight said police are hopeful that someone will recognize the suspect and call the police department’s CrimeStoppers hotline at 405-235-7300.