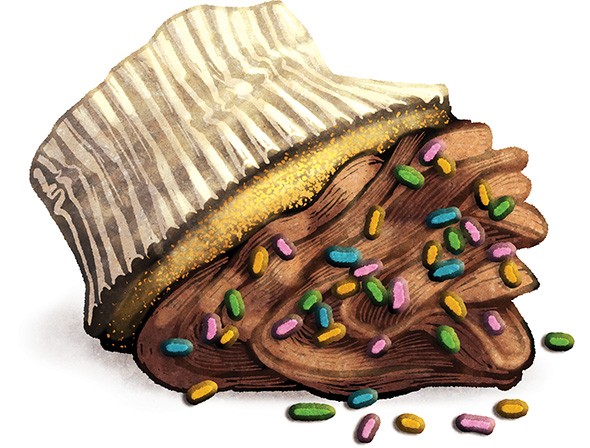 A Cleveland County man really “nailed it” during a road rage incident that led to an assault charge that involved a cupcake.

According to the Pauls Valley Democrat, Trevor Pearson has been charged with a misdemeanor at the end of August stemming from an alleged road rage incident that ended with Pearson throwing a cupcake and hitting the driver of another vehicle in the face.

The incident took place in May, according to an affidavit, on Interstate 35 near a construction site that slowed northbound traffic to one lane. Pearson was the passenger in the car when it was passed on the shoulder of the highway and a person in the car “flipped them off.”

Pearson is alleged to have thrown the cupcake from inside one vehicle and hit the driver of the other vehicle in the face. That is some accuracy that Lincoln Riley can appreciate.

Though the driver was uninjured, they decided to press an assault charge. It should be noted that under the state statute, a misdemeanor assault charge does not require physical contact between victim and assailant. According to Newsweek, the charge could carry a sentence of up to 90 days in jail and $1,000 fine.

We here at Chicken-Fried News are never going to condone violence of any kind, but the driver did allegedly pass on the shoulder and start the incident by getting the proverbial bird involved. If it were us, we would’ve just taken the icing off the cupcake and thrown it because 95 percent of cupcake frosting is unnecessary and would be better served performing justice on the pavement.