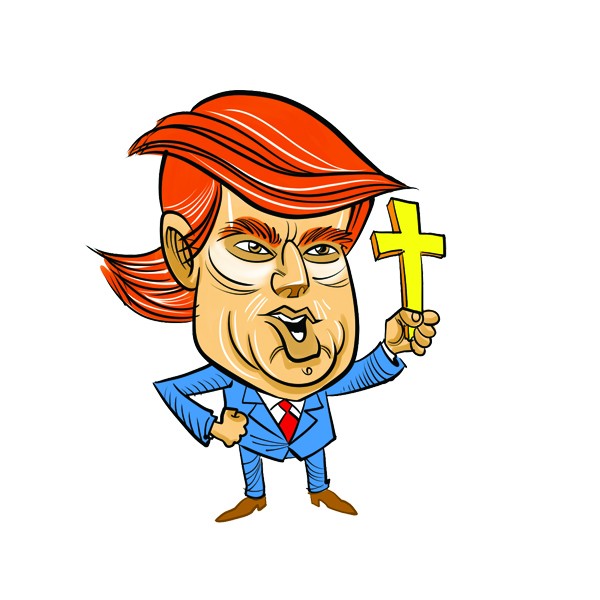 Is the religious right dead? That’s a question Daniel Burke, a CNN religion editor, asked March 2 in an analysis of Super Tuesday.

He cited the “hammer” that is Donald Trump — it’s only a matter of time before he starts referring to himself as “The Ump,” a la David Hasselhoff — while referencing a Religious News Service post by Trinity College religion professor Mark Silk on “spiritual politics” (whatever that is) that ended with “Religious Right, RIP.” Christians were expected to “christen the most God-fearing candidate” — probably not the best decision-making tactic when electing a world leader, but we digress — and religious leaders cautioned against casting votes for Trump because he doesn’t emulate their values, but that isn’t what happened, and some feel they only have themselves to blame.

“The religious right is reaping what they have sown: By drawing religious people into politics, people began to put their political preferences ahead of their religious values,” said University of Notre Dame religion and politics expert David Campbell in the CNN report.