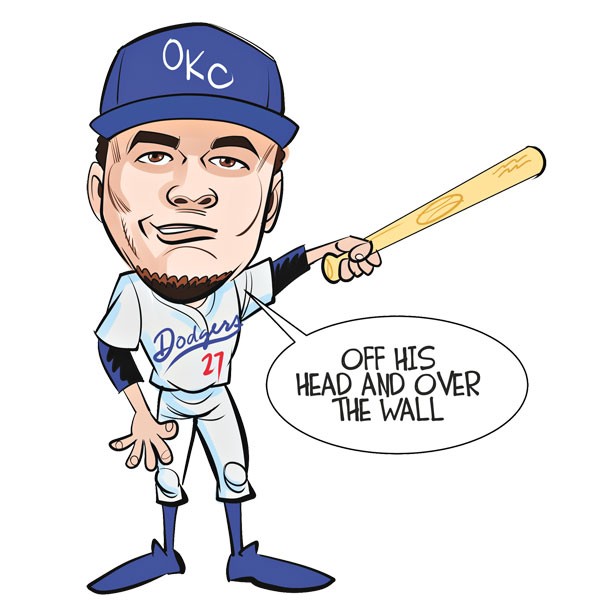 Just about the only sport in which it’s okay to hit your opponents with balls is dodge ball. Baseball players aren’t exactly trained to spend all their time on the diamond and in the outfield dodging balls. They never have someone like Patches O’Houlihan yelling, “If you can dodge a wrench, you can dodge a ball!” at them. Plus, there are probably major safety violations involved with flying wrenches.

Oklahoma City Dodgers player Alex Verdugo hit a fly ball into right field during the eighth inning of a recent game against the Reno Aces. Instead of catching the ball, Aces right fielder Zach Borenstein lost sight of it and was hit in the head.

However, getting hit as an outfielder isn’t as big a deal as getting hit as a batter, so the game didn’t stop and Borenstein wasn’t given any freebies, like a walk to first base. The ball’s momentum continued as it glanced off Borenstein’s head and flew over the fence and into the warm-up area, giving Verdugo the luckiest home run of his life.

Unfortunately, Verdugo’s luck wasn’t enough for the Dodgers to win the game, the first in a four-match series; they lost 9 to 7.

No ballplayers were harmed in the freak accident.