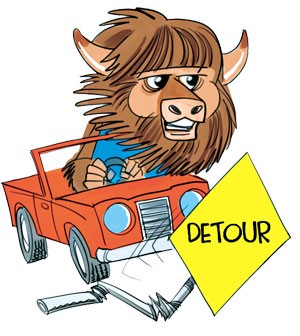 Once the downtown boulevard opens, motorists will have extra appreciation after dealing with the closure of E.K. Gaylord Boulevard for nearly a year.

The city of Oklahoma City announced last month that E.K. Gaylord between Reno Avenue and SW Fourth Street is now closed while utility crews work on a rail overpass in preparation for the new downtown boulevard.

The closure of E.K. Gaylord is expected to create traffic problems for downtown commuters exiting from Interstate 40, especially during Thunder games at Chesapeake Energy Arena. The traffic problems are especially troublesome because motorists who might arrive late to Thunder games will miss their best chance to see winning basketball that is shown in the pre-game video.