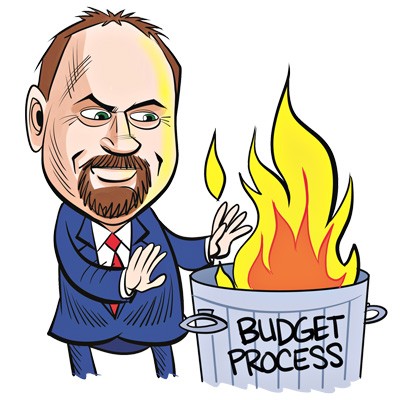 The only thing certain after three weeks in a special session is that lawmakers are still staring down a $215 million budget hole. Another certainty is from Oct. 16 to Oct. 20, lawmakers couldn’t work on a solution, as the Capitol closed for scheduled electrical renovations.

At Chicken-Fried News, we are struggling to wrap our heads around the reason Oklahoma lawmakers have failed to patch up this budget.

We get it. This is a big task.

We get it. It will take compromise.

We get it. Not all lawmakers are going to be happy.

We get it.  Not all Oklahomans are going to be happy.

Here’s the thing: Lawmakers were elected to make difficult decisions and pass a budget.

Lawmakers were apparently disappointed that no budget agreement has been reached after three weeks. According to NonDoc, “dueling ‘disappointed’ pronouncements” were released to the media on Oct. 13.

Gov. Mary Fallin wrote she was “disappointed in the lack of progress” in her press release.

“We must see progress in filling the $215 million budget hole with reoccurring revenue and funding a pay raise for teachers,” Fallin wrote. “Every day that goes by without an agreement is a lost opportunity to fill the hole and fund the raise.”

House Appropriations and Budget Chairman Kevin Wallace, R-Wellston, wrote in his press release he was disappointed in Fallin for ordering cuts to the state’s three health agencies. Wallace stated the cuts were to put “pressure on the Legislature to pass the cigarette tax.”

“These cuts are unnecessary at this point,” Wallace wrote. “Despite all the rhetoric, we have plenty of time to pass a sensible plan that addresses this budget hole in an equitable way.”

Further, NonDoc reported Oklahoma Secretary of Finance Preston Doerflinger was disappointed in Wallace as his statements showed “he has a flawed understanding of the budget process and requirements of the committee for which he is chairperson.”

Do lawmakers get that we, the citizens of Oklahoma, are disappointed in them?