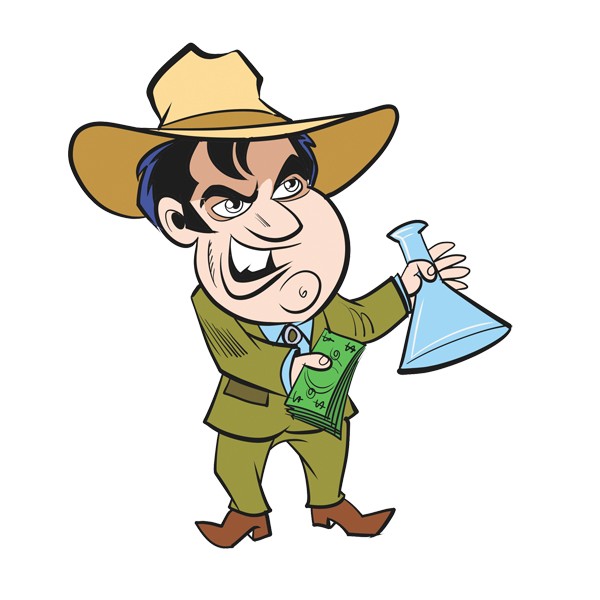 A lot of the time, we want what Texas has. We look toward the state just south of us, where everything is supposedly bigger, and think about things that make us just a little jealous, like its great teacher pay, good roads, Schlitterbahn water park, the hometown of Beyoncé and other great attractions. But now it’s our turn to stand at the border and say, “Na-na na-na, boo-boo!” We finally have something Texans want but can’t have: science equipment.

It might seem unlikely that Oklahomans would have a boon of science treasure anyone else would envy — we’re not exactly known for holding the scientific arts in high esteem. (Cough. Snowballs on the Senate floor.)

Tulsa’s The STEMcell Science Shop, which specializes in science, technology, engineering and math equipment, recently told Texans to stop asking the retailer to ship equipment across state lines. The shop posted a photo of an Erlenmeyer flask on its Facebook page along with this explanation:

“We’ve had some inquiries from Texans wanting to buy chemistry equipment. That’s great, but it’s illegal for us to sell to you if you don’t have a permitted business! Texas has some very misguided and archaic drug enforcement laws (the permit application suggests filling out the form on a typewriter). Maybe they assume people won’t make drugs if they don’t have the finest laboratory-grade glassware available?”

According to Texas state law, owning the flasks without a permit is illegal because they’re considered controlled substances.

You’re not setting up any sort of lab in Texas, so don’t even try it, buddy.

Maybe this will work in our favor and give Oklahoma’s burgeoning amateur scientists and inventors a head start on innovation.

We’d also like to know if lab break-ins increase.