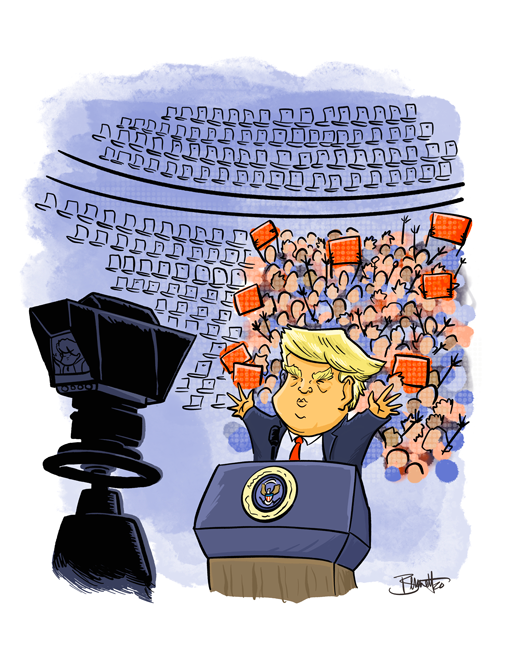 Tulsa mayor and wannabe Warby Parker model G.T. Bynum could barely contain his enthusiasm when Donald Trump announced his first rally in months for Tulsa.
Trump voters, however, turned out to be less enthusiastic, filling only about a third of BOK Center, an arena successfully sold out previously by the likes of Nickelback and The Wiggles.

During a news conference days before the rally, Bynum rah-rah-rahed for reporters: “I don’t care if you’re Republican, Democrat or independent; that’s a tremendous honor.”
Trump bragged that he received more than a million ticket requests for the rally, but most of those came from K-Pop fans and leftists who made reservations in the hopes that Trump would do exactly what he did, which was perform to a mostly empty arena. (The outdoor overflow area and stage were abandoned altogether.) Those who did brave the heat and COVID-19 (at least two of his campaign staff who were in the arena have since tested positive for the virus) were treated to some of Trump’s greatest hits as well as some new numbers, like his 10-minute rendition of walking down a ramp and drinking a glass of water.

Bynum might want to consider swapping out an initial and two letters in his last name because he managed to turn his city into a circus for a lot of empty seats, possibly costing himself an election in the process.