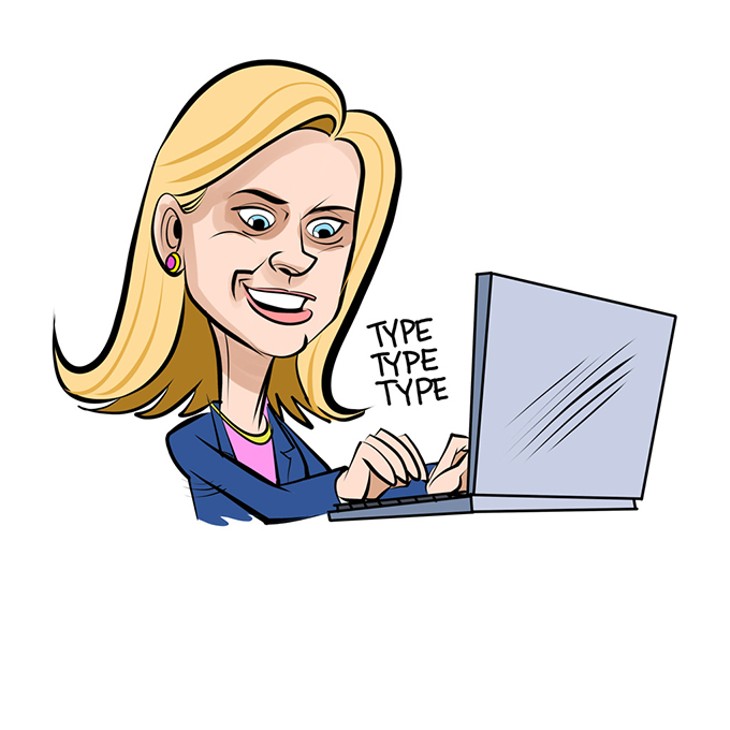 Like most Oklahomans, your attitude toward yet another installment of the medical marijuana saga is probably “puff, puff, pass,” but you might not have heard the latest drama. Lucky for Chicken-Fried News, Oklahoma is full of drama. That’s what keeps us covered in thick, spicy fry batter so we can stay tasty.

Anyway, we just knew Oklahomans couldn’t get what they voted for without some sort of snafu, and this time it came in the form of Oklahoma State Department of Health’s general counsel Julie Ezell.

It was the health department’s job to finalize rules regarding how medical marijuana could be obtained, who could sell it, how it should be labeled, how it is allowed to be consumed, etc. And it was Ezell’s job to make sure the rules didn’t infringe on the rights granted to Oklahoma citizens under the passage of State Question 788. But everybody didn’t exactly do their jobs, so here we are.

Tulsa World reported that Ezell resigned July 13 after confessing to OSBI that she sent fake threats to herself from an email account on ProtonMail and then submitted fake evidence of the threats about SQ788 to OSBI.

Among comments about greed and corruption, Ezell’s threats to herself are a little comical once you know she’s the one behind them. Here are some choice excerpts:

“We would hate to hurt a pretty lady.”

“You appear distinguished in glasses. Wear them for the camera.”

We get that Ezell might have been, as kids today say, “feeling herself” that day and got a little carried away, but it’s a bit much. If CFN was drafting threats, they would be a little less cheesy and a little more stabby — because if you’re going to make up fake threats, you should probably make sure they’re effective.

She faces one misdemeanor and two felony charges for her lies.

But that’s not all!

July 19, Nondoc reported that the same weekend Ezell was busy making up weak threats and sending them to herself, Oklahoma State Board of Pharmacy director Chelsea Church pretty much offered her a job with a salary increase if she would require medical marijuana dispensaries to employ pharmacists.

One text obtained by Nondoc read, “You get me a pharmacist in dispensary and then come to our office. I guarantee I can do more than u have now :).”

Nondoc reported “Church repeatedly begged Ezell to require the presence of a licensed pharmacist at medical marijuana dispensaries” and the final draft of the health department’s rules “did not include the pharmacist proposal, but the Board of Health amended the rules two days later to implement the mandate.”

According to Nondoc, Ezell told the Board of Health that SQ788 did not “provide the authority to implement such rules.”

Last week, Tulsa World reported that Attorney General Mike Hunter said “the Board promulgated several rules in excess of its statutory authority” and he wants the board to call a special meeting to fix it. Gov. Mary Fallin agrees that the board needs to fix the problems but has refused to call a special session, which Senate Democrats have requested.

Whew! That appears to be all for this episode of As the Oklahoma Medical Marijuana Burns (or Doesn’t), but it’s definitely not the finale.