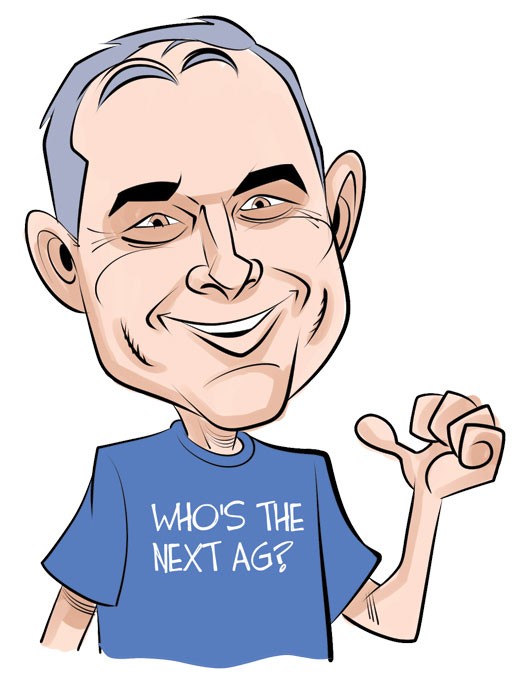 Last week in Pruittland, a place where everyone drinks water flambé and the Teslas get retrofitted with Hummer engines, it was reported by Vanity Fair’s Gabriel Sherman that President Donald Trump might fire U.S. Attorney General Jefferson Beauregard Sessions. His replacement choice? According to Sherman, it is Environmental “Protection” Agency chief and Oklahoma’s favorite son Scott Pruitt.

Trump seems to be firing everyone in the White House and could be checking around to see if the Dyad Institute from Orphan Black can just clone an all-Trump cabinet for him. If he cannot will fiction into reality, Pruitt’s scorched-earth approach to scorching the earth might sound to Trump like a good way to approach inconvenient laws like the First Amendment and then the Third through 10th ones.

But then, on the Ides of March no less, The New Republic reported that rumors about Pruitt being in line for the A.G. position probably started with Pruitt.

Politico reported in January that Pruitt had his eyes on being A.G., but the E“P”A quickly denied the report. Fast-forward to March, and anonymous sources within the agency are telling The Atlantic’s Elaina Plott that the calls are coming from inside the house!

The icing on this fetid cake of disingenuousness is, according to Jonathan Swan of Axios, the fact that the White House knows the rumors are coming from Pruitt.

With this White House, that kind of chicanery might be seen as a benefit rather than a demerit. Still, after all the hubbub over Pruitt flying first-class on Emirates Airlines to keep clear of the hoi polloi, plus the fact that Smokey the Bear wants to maul him, he might not get far in the Senate confirmation hearings without raising sustained guffaws worthy of an ’80s sitcom laugh track.