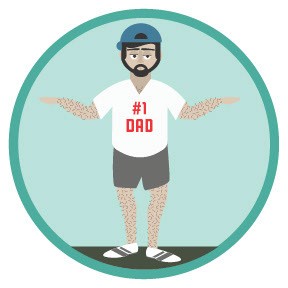 The best non-story story last week came out of Moore, where surveillance cameras filmed an unauthorized man walking into Moore High School’s Fine Arts Building. Police described him as an Arab male in his 40s with a thick Arabic accent.

You would have thought the guy was wearing an “I’m with ISIS” T-shirt or something because local authorities and media outlets were basically ready to call in the National Guard. It turns out the poor guy — who was rocking shorts and a baseball cap — just wanted to enroll his kids at the school.

Granted, the man’s approach was unorthodox. He reportedly asked students and teachers about certain security concerns like the location of the nearest police department and the number of on-campus officers, among other things. Maybe because, you know, it’s 2014 and parents might need to know these things.

But this, of course, set off the “Arab? Security? Oh my God we’re gonna die!” alarm in the fearful hearts of Islamophobes. Let’s be honest: If it was a white man in shorts and a baseball cap who walked through that door, we’d be talking about his questionable wardrobe, not his skin color.