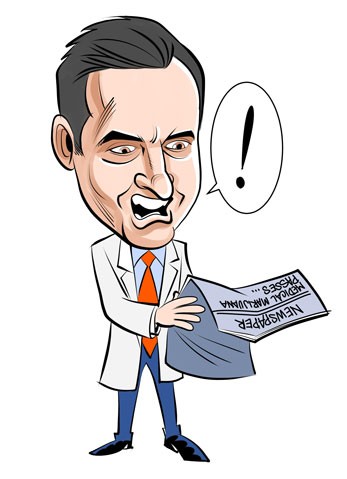 Imagine your work environment could be so full of turmoil that it would have to pay an additional 10 percent on a six-figure salary just to keep an unqualified interim manager?

That’s exactly the situation the beleaguered Oklahoma State Board of Health finds itself in as KFOR reports Preston Doerflinger, the agency’s new interim commissioner, will receive a $189,000 salary, which is $18,000 more than his current pay.

Doerflinger has no background in medical or health fields, something he acknowledges, which is why he is not seeking the job full-time. Doerflinger is a businessman and a former state Secretary of Finance and Revenue. Doerflinger replaces Terry Cline, who resigned in October as news the department is facing a $10 million budget shortfall came to light.

Doerflinger even recently said that his department might not be equipped to facilitate the medical marijuana law if it passes in the June election.

“Just the turnaround, with anybody, would be difficult. But for this agency, it would be next to impossible for us to be able to get ready to carry out what we’re charged with under the way it’s currently designed,” Doerflinger said to KFOR about State Question 788, which would legalize medical marijuana.

Since we’re using taxpayer money to pay Doerflinger so much, you would think the state could actually attract someone who is qualified to manage the board of health.