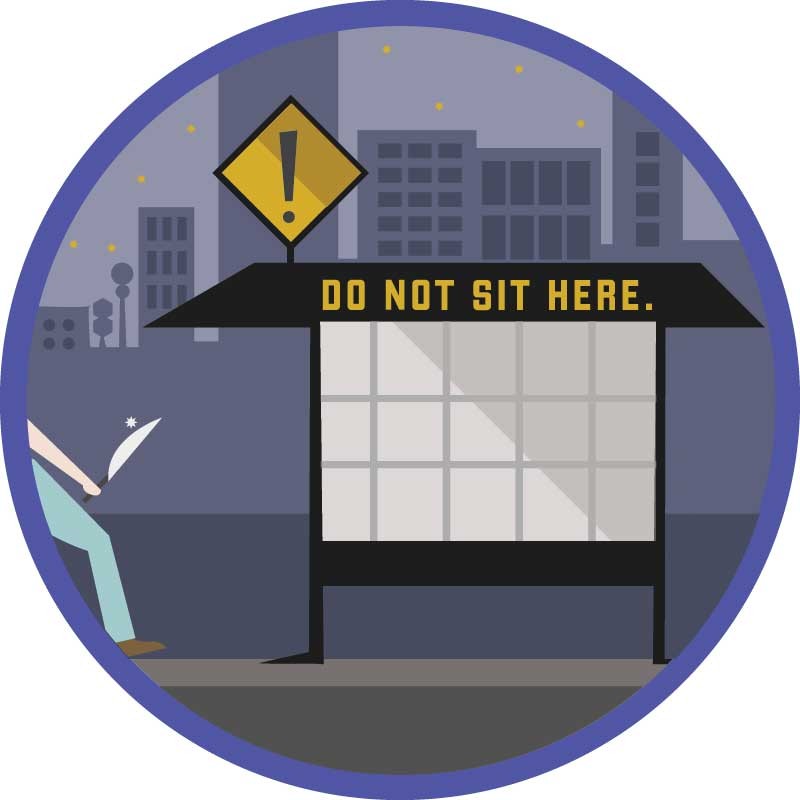 This is the last time you put a knife in me! Hear me?!

Police recently connected the dots from a bloody knife in the pocket of a drunk dude to a man that had been stabbed in the abdomen while minding his own business.

According to a NewsOK story, James Johnson was sitting cool and detached at the bus station when Phillip Hall, “unsteady and slurring his words,” walked up to him and began threatening him for no reason before stabbing him in the abdomen.

You know the scene in The Royal Tenenbaums in which Gene Hackman’s character gets kicked out of the house and his sidekick, Pagoda, takes out a small Swiss Army knife, deliberately unfolds it and then stabs Hackman in the gut before helping him into a cab?